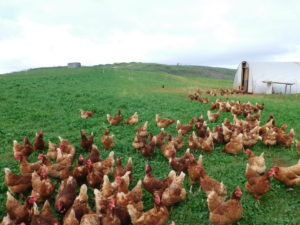 Peter & Lisa made the decision to diversify into egg production at the Burnie property owned by Lisa’s parents five years ago, seeing a gap in the market for quality ethically produced eggs; prior to this their primary output was vegetables grown for local markets. Peter worked in a battery egg farm in a previous life in the UK, and has since felt strongly about the welfare of chickens in egg production.

Lisa’s dad built the six mobile chicken sheds, each of which provide shelter for a maximum of 270 hens and all have access to pasture 24/7. When they’re not free-ranging on pastures kept green by continually moving the sheds and the portable fencing as the chickens clip the grass and clover down.  Chickens have a strict “pecking order” – keeping the birds in a number of smaller flocks ensures that the less dominant hens get a fair go. Peter has set up solar-powered lighting in the sheds to keep the birds on the lay during the shorter days, which he believes also gives the chickens lower down the social hierarchy a greater chance to access feed, and water. The hens are fed a vegetarian diet with ingredients sourced mainly from Tasmanian farmers. 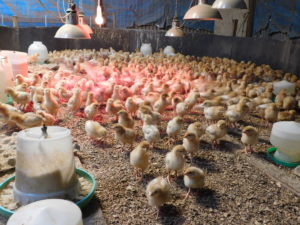 After some experimentation, Peter has settled on using the popular Hyline breed of chickens – chicks are raised in the on-site nursery, and each new flock is rotated into the mobile shed and fencing system as the older birds are retired for sale to local buyers when their egg production and quality starts to diminish. Local plovers provide the flocks with some protection from predatory birds, the hens also have access to shade structures which provide shelter from the summer sun and a hiding place for any passing birds of prey. Two locals are employed to collect, package and where required wash the eggs, which are sold to retailers around the state, along with local cafes who take the eggs that don’t fit in the cartons!

Peter and Lisa are in the process of buying the farm from Lisa’s parents; after a year off vegetables to consolidate the egg business, they’re growing vegetables again, which they hope to sell at their farmgate stall in conjunction with the eggs. Peter and Lisa also occasionally swap vegetables for their eggs with another of our suppliers, Maurice from Dendra Market Gardens, whose farm is about ten minutes away in Cuprona. 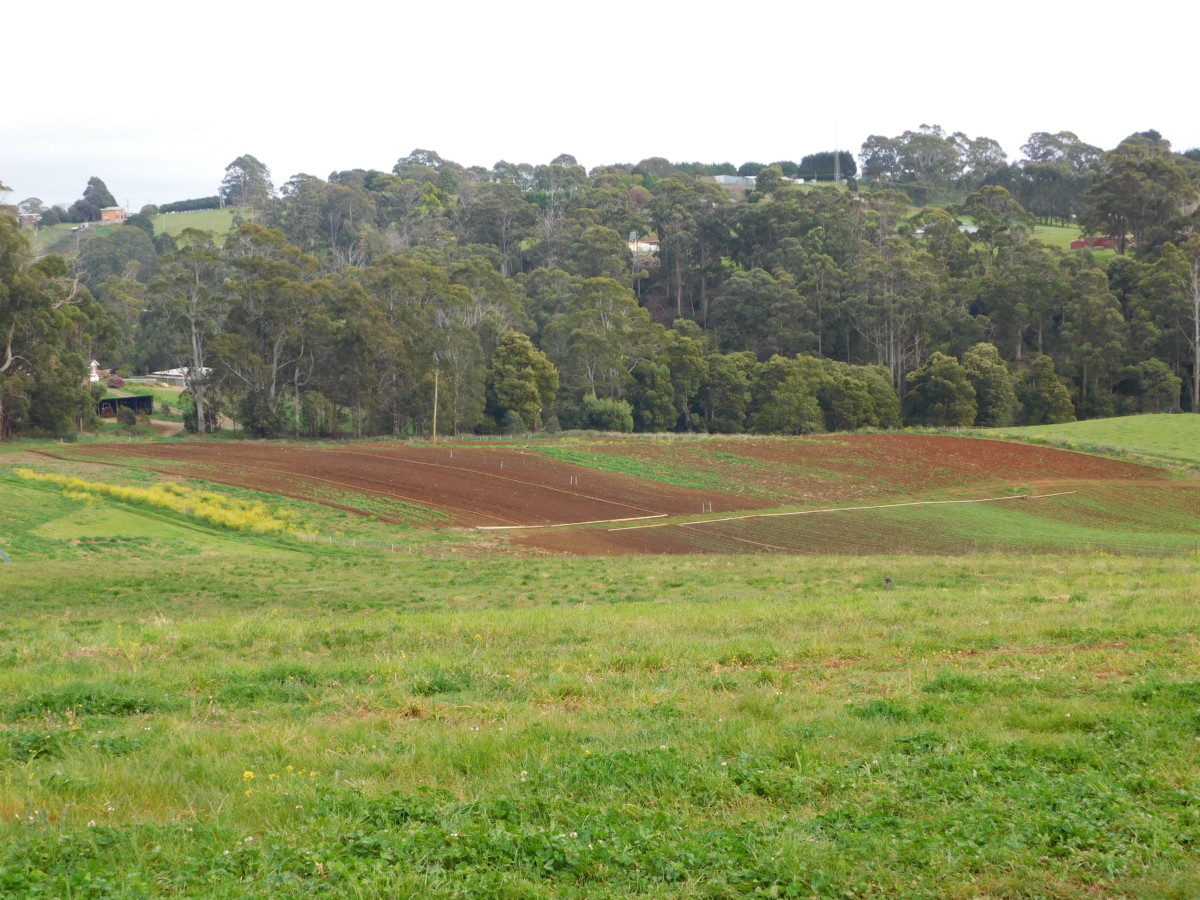