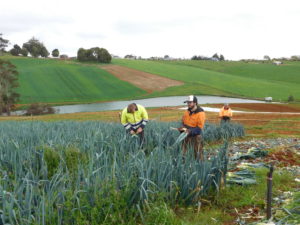 Dendra Market Gardens was started around 25 years ago by Dennis Davis; Dennis has since retired, and Maurice, who worked his way through the ranks working at the farm for 17 years, is now the farm manager and owner. The Cuprona property has 50 acres of cultivated farmland, and employs 25 local workers year round, plus some extras during seasonal production peaks. Maurice uses technology to optimise the planting, harvest and yields of a wide range of crops, including spring onions, leeks, bunched roots, leafy greens, wombok and snow peas. Some crops are planted from seed, but many are grown from transplants supplied by Hills Hydroponics, who in addition to being the biggest supplier of farm seedlings are also a major herb producer in the area. 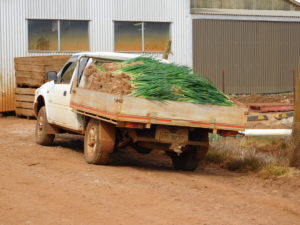 All the vegetables produced on the farm are hand-harvested and packed – no mean feat considering that they produce literally thousands of bunches of carrots and spring onions each week, two of their biggest sellers. Much of what’s grown ends up in Coles or Woolworths – sadly though it’s rarely labelled with its origins – and local giant Harvest Moon also facilitate the sales of a large proportion of their crop to other retailers. A range of other smaller plantings are destined for local customers, including potatoes, cherry tomatoes and capsicum (which unusually for a commercial grower in Tasmania are actually grown in soil), and plans are afoot to enter the baby salad greens market.

Maurice rotates crops through the various areas of the farm (including a number of areas under cover which reduces a range of pest and disease control issues), and is always responsively tweaking the range of produce to suit the needs of local market – we’re very lucky to be able to source produce from Dendra as a small market player, but even luckier that we’ve been able to get fennel and celery planted just for you for harvest later this season! 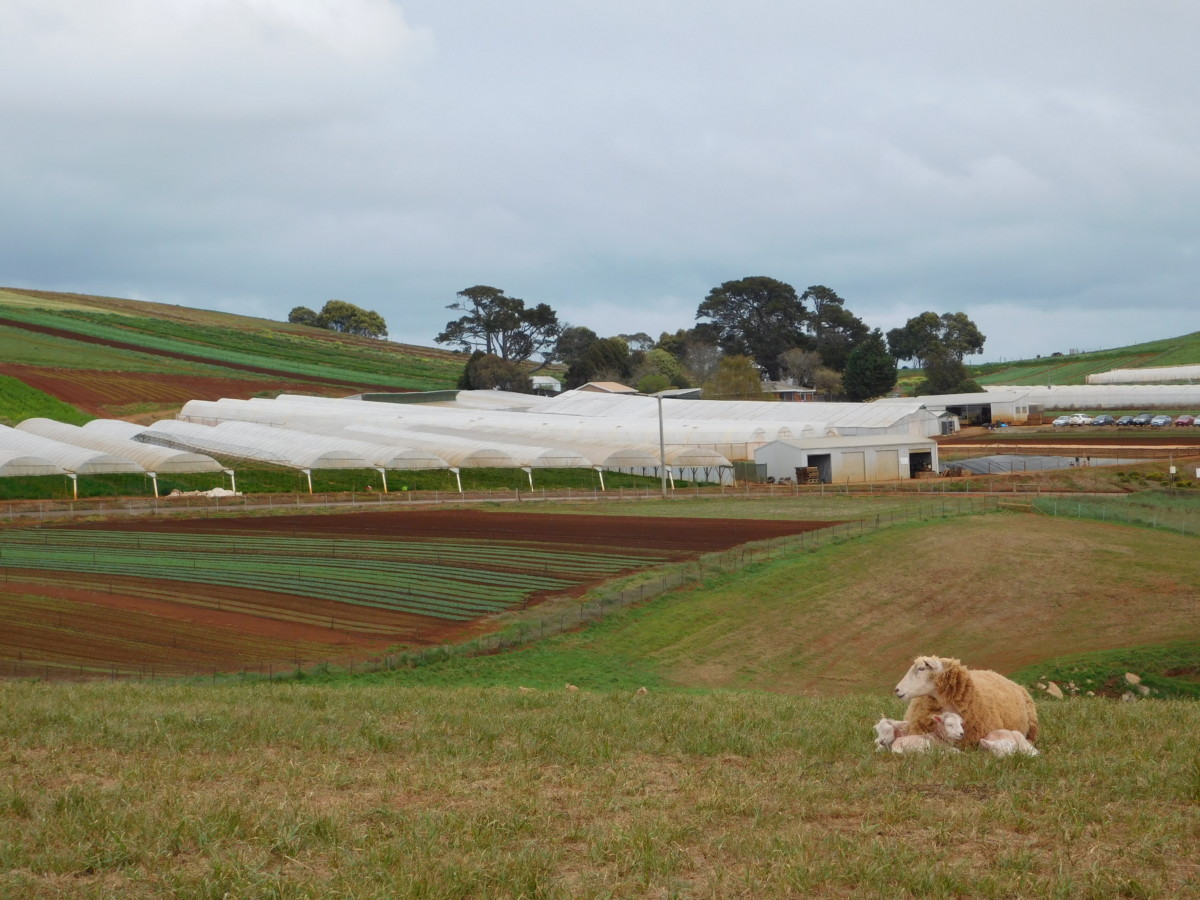