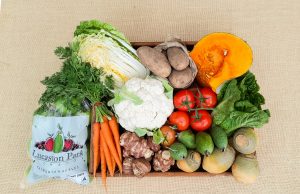 This week’s apples – grown by Lucaston Park Orchard, owned and run by the Griggs family for four generations – are one of my favourites, the Granny Smith. Whilst the variety is internationally popular – it’s the third most popular apple in the U.S., probably due to its suitability for making apple pie – it was developed in Australia, and there really was a Granny Smith! Maria and Thomas Smith emigrated to Eastwood in N.S.W. – then a fruit-growing region, but like a number of similar regions around Hobart it was eventually subsumed into the city – and by 1855 had purchased a local orchard, on which the Granny Smith cultivar was developed. There are various origin myths surrounding the apple – including one where it grew from apples cores thrown out the window when Maria was taste-testing French crab-apples – but it’s believed to be a largely accidental hybrid between the wild European apple and Mallus Domestica. The Smiths’ creation was popular owing to it having the texture of a pie apple but a sweet taste – they would have been blown away by today’s super-sweet varieties – and it also stored very well, making it one of the core (pun probably intended) varieties that were exported from Australia in the first half of the 20th century. 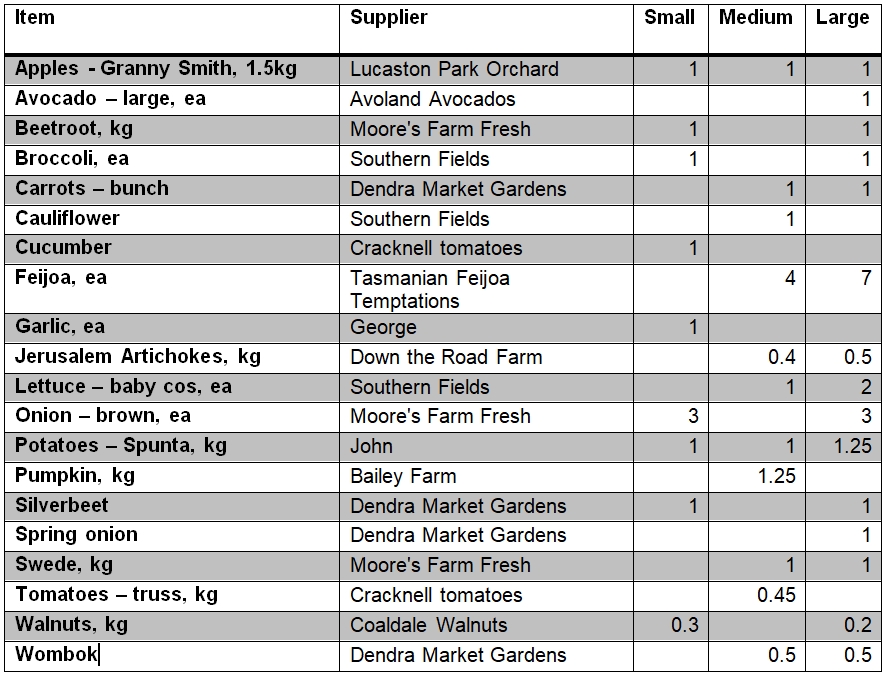