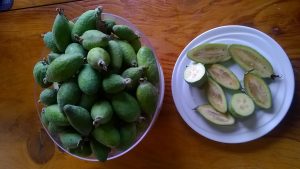 This week’s medium and large boxes include a handful of an exotic fruit that you’re sadly unlikely to find in any local grocers – the feijoa! Feijoas are from the Myrtle family and are native to south America, but like the rocoto chillies (also from south America) we’ve included in boxes recently they do well in the cool climate of Tasmania too. They’re really popular in New Zealand, but unlike the Kiwi fruit – which became a major export crop for that country after a clever marketing campaign – they haven’t found a market in Australia yet. Like the kiwi fruit, they also fruit in the winter, which is an unusual characteristic, and one that’s very attractive for the seasonal eater! The feijoas in this week’s boxes are grown by Noel from Tasmanian Feijoa Temptations in Pipers River, and we’ll have more of them to come in future weeks.

Feijoa skin isn’t nice to eat, so the best way to eat them is to either scoop out the flesh, or peel them. The fragrance of the feijoa will hit you straight away – the only fruit I can think of with anything like as strong a perfume is quince – but if you scoop out the flesh you’ll be rewarded with a sweet-sour flavour, with a few pockets of soft jelly hidden in a rockmelon-like texture. Other than just eating them with a spoon, they also make a delicious jam or jelly, and Stephen – chef from the Agrarian Kitchen – suggests either making an ice-cream or turning them into a hot sauce. There are even some local brewers making a beer using feijoas – although you might need a few more than 8 to add them to your home-brew! 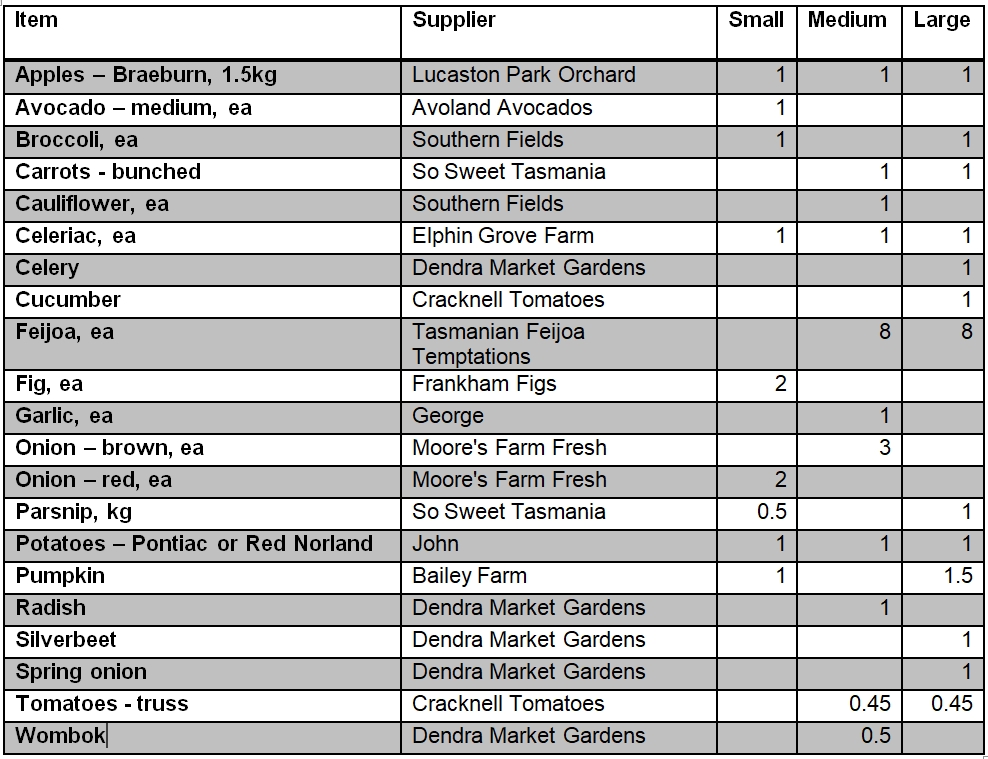