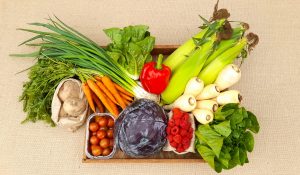 As we move into autumn, boxes tend to have an overlap of typically “summery” and “wintery” produce – although often what’s perceived as being winter produce is actually stored or overwintered produce that puts on much of its size in the warmer months, often because its culinary applications revolve more around longer cooking and lean less towards raw preparations and salads.

The turnips in large boxes this week are a much milder and smaller turnip than the traditional varieties, and are suited to light cooking (e.g. steaming), ideally with a savoury dressing using ingredients like butter or miso. John’s Bismark potatoes are a Tasmanian variety – originally called “Silverskin Bismarck” – and as a waxy variety are good for boiling, although they are sometimes used for chipping when they’re larger.

Cabbage is a summer and autumn crop but has an association with winter because it was often stored for use during winter in countries with a sub-zero winter not suitable for growing crops. These days it’s often favoured for coleslaw but there are plenty of delicious ways to eat cooked cabbage too! 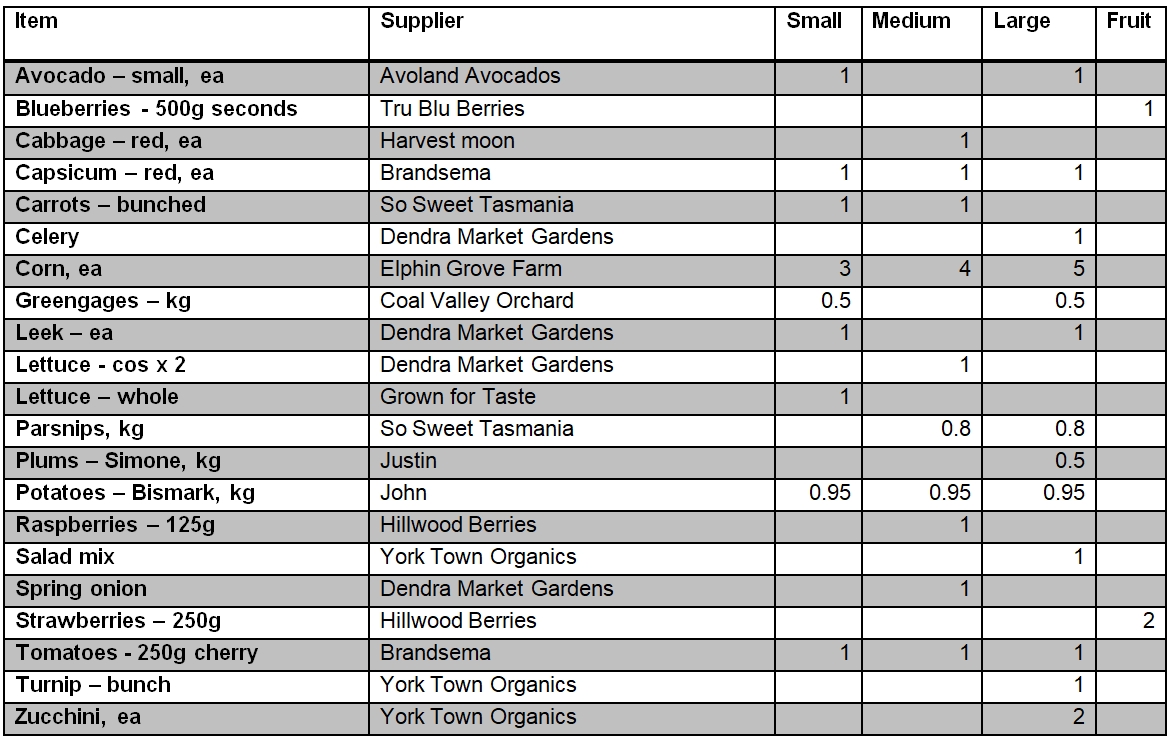