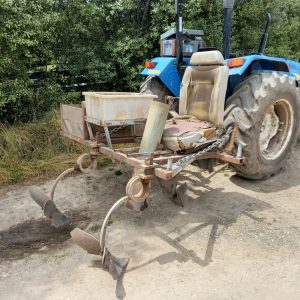 It’s easy to assume that the busiest time on a farm is harvest, but there are plenty of other jobs that need doing even when there isn’t produce to dig or pick. While apples picked last autumn and stored are still being graded and packed for sale, preparations for the upcoming season including thinning and pest management are well under-way, ensuring plenty of good quality fruit for the next season. Early potatoes – basically through til Christmas – are planted around March or April to ensure they’re ready for digging in spring, but the big crop actually comes from later plantings, some of which are still going in, meaning that both harvest and planting are actually happening simultaneously! Our potato grower John is from the generation that would repurpose or make something before buying new, and his potato planter is a great example of this. John’s son Ben – who still works on the farm – sits in the seat, putting seed potatoes from the tub down the chute at set intervals (early potatoes go closer together to ensure they don’t grow too big), and the two blades follow along afterwards, hilling up the soil over the seed. The seat is from a long defunct farm ute and the tub is actually from a local fish farm, and often the seed is actually potatoes from an earlier crop. 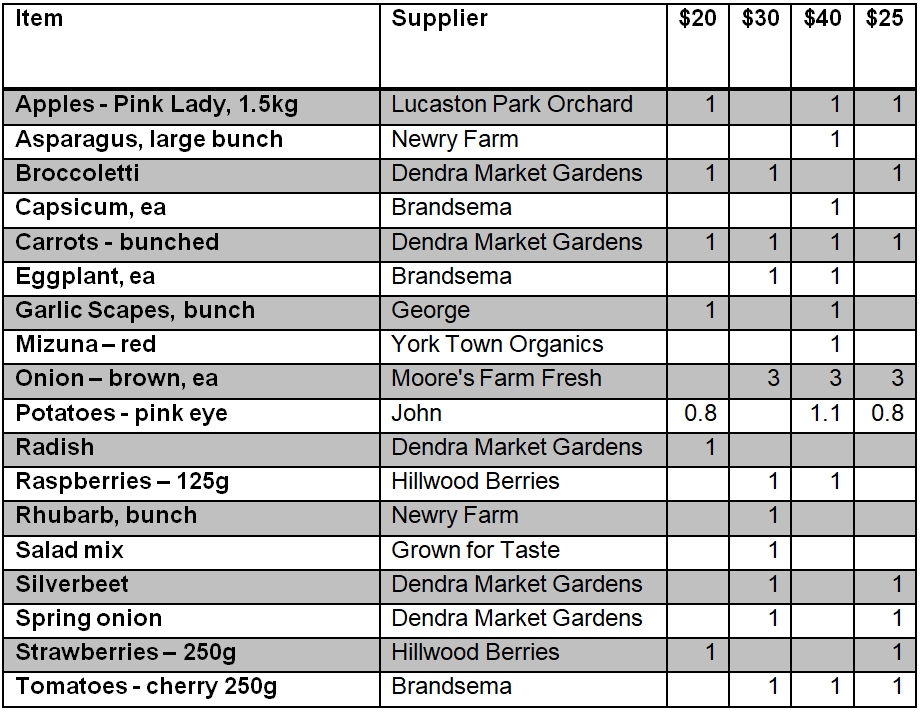