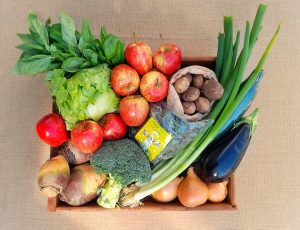 This week’s boxes include a Tasmanian institution – new season spring Pink Eye potatoes! Pink Eyes – not to be confused with the potato disease of the same name – have been grown in Tasmania for around 100 years, although the exact origin is unclear. They thrive in sandy soils, which may have been a case originally of making a virtue of a necessity, but happily grow in other soil types too, and despite their history largely being in the south of Tasmania, larger northern growers are now getting in on the act too, growing both Pink Eye and Bismarck varieties for the spring potato market in their rich volcanic soils. The Pink Eyes in this week’s box come from our usual potato grower John, who plants around March/April for harvest generally around the start of November. The cooler Huon climate is a bit slower to produce early potatoes, which like many crops require a particular soil temperature to produce useable tubers. Pink Eyes are a firm, waxy type of potato with a rich flavour, suited both to boiling and to baking, roasting and frying. 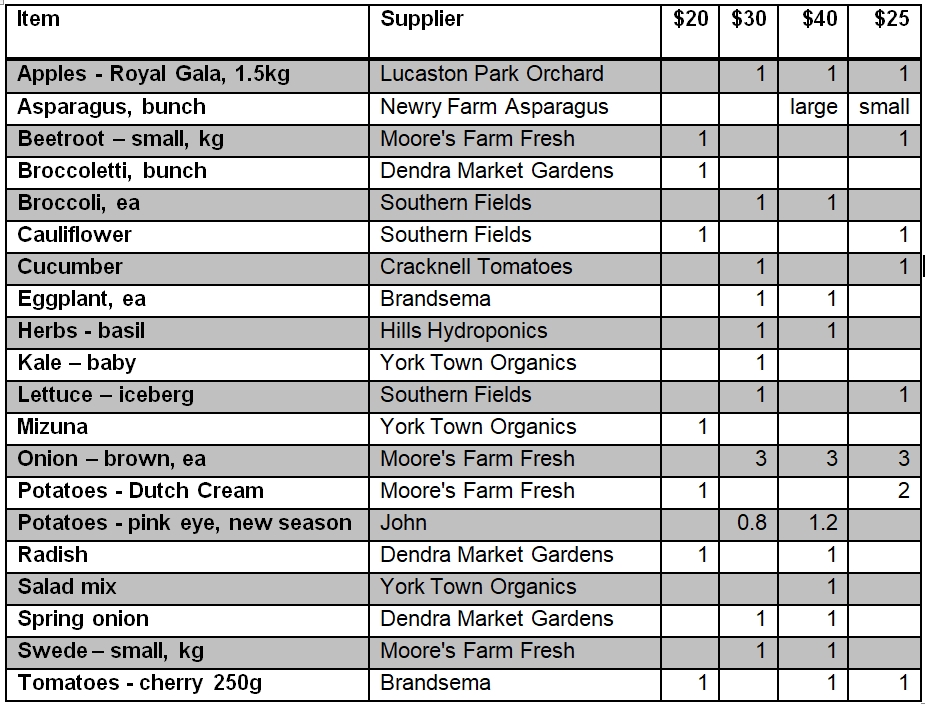