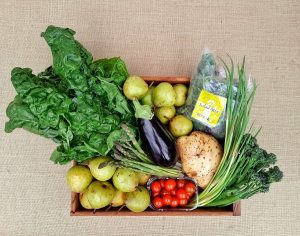 This week’s $30 and $40 boxes include certified organic garlic scapes from York Town Organics. The garlic bulb – usually sold dry or “cured” – grows underground during the winter, but as the weather improves in spring, like most plants it attempts to reproduce, which it does by sending up a seed-head on a long central stalk amongst the flatter surrounding leaves. These seed heads are cut off before they’re full formed to avoid compromising the quality of the garlic bulb itself, but this stalk – and the immature seed-head at the end of it – are not only edible, but have the same delicious flavour as the bulb. Unlike the bulb this stalk – which is called a “scape” – can’t be stored for use during the year, so they’re a strictly seasonal treat.

Obviously a garlic scape isn’t suitable for putting through a garlic crusher, but it can be chopped and used in any dish you’d normally use garlic cloves, or used in pastes, pestos etc, and they can be mild enough even to use in a similar way to spring onions in potato salads and the like.

There’s plenty of other fresh spring alliums in other boxes this week too: $40 boxes include baby leeks from Grown for Taste, and $20 and $25 boxes include spring onions from Dendra Market Gardens. 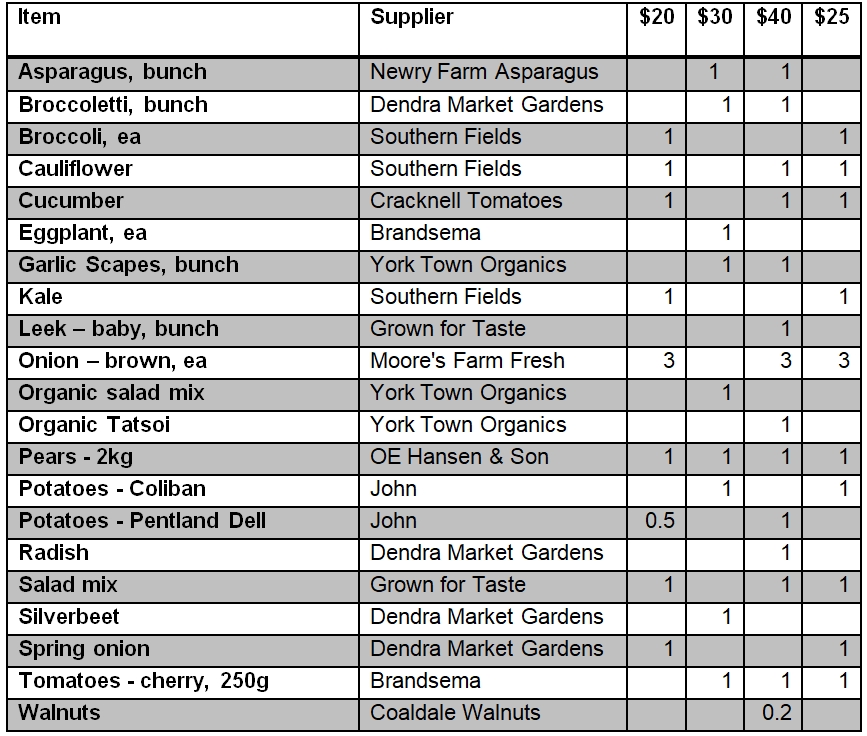