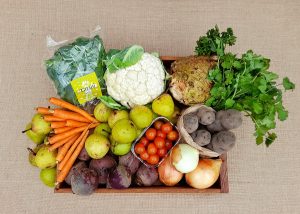 Planning out each week’s boxes is a process that often starts before you get the previous week’s box, and whilst making sure your box is great quality and good value is important, variety is also a key aim. There are a few deliberate ways I approach this, mainly through keeping careful tabs on which boxes have included what each month so that they don’t have the same thing week after week – although this doesn’t mean you might not get the same thing a couple of weeks in a row. However, the biggest factor that ensures that our boxes are virtually never the same from week to week is the wonderful Tasmanian farmers we deal with who both grow a range of different seasonal fruit and veg and after years of supplying us are proactive in letting us know what’s ready to go.

Our potato grower John is one of our most regular long-term suppliers and after seven years is now pretty much in charge, making sure that where varieties of potato are repeated there’s plenty of time in between, and keeping supply back so there’s rarely a gap between old and new season potatoes in spring. Southern Fields and Dendra Market Gardens are the mainstay of our winter boxes especially, and seasonal and market variation mean supply of their various different lines can be quite variable – for instance, Southern Fields had a glut of cauliflower this week and so we were able to help out, including caulis in all boxes and selling another hundred to our restaurant and retail customers. Hills Hydroponics (who grow herbs in Don Heads on the north coast) and York Town Organics (who specialise in baby organic leaves which are sought after by restaurants across the state) take quite different approaches to growing, but both have wide variety in their growing programmes, and are great at letting us know what’s plentiful and what’s not in any given week, which also adds an additional layer of randomisation to the process of planning! 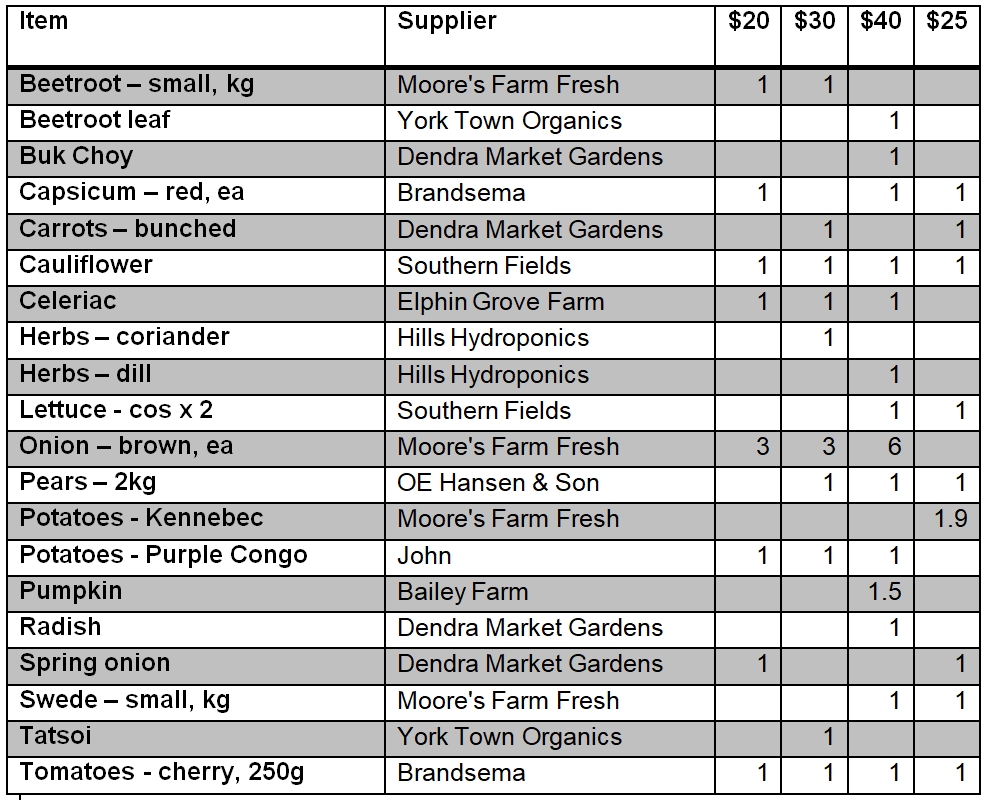