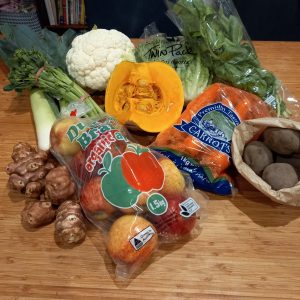 Root vegetables are a staple for Tasmanian winter produce, and this week’s boxes feature lots of them – carrots, beetroot, swede and Kennebec potatoes from Moore’s Farm Fresh in Scottsdale, White Eye potatoes from John in Lymington, and Jerusalem artichokes from Down the Road Farm in Lapoinya. Root veggies are full of fibre and energy, and have lots of other health benefits too – it’s best to eat a range of different colours as the colours generally signify different compounds within the vegetable, and this week we’ve got red, orange and white all covered!

There’s lots of great ways to enjoy root vegetables – I always like to start by considering the basic cooking methods, which are a) not cooking at all, b) cooking with dry heat, c) cooking in water. From there, it’s always good to consider the natural flavours and textures – for instance swede have a mustardy flavour and beetroot have a sweet earthiness.

Generally starchier root vegetables – like potatoes – aren’t suited to eating raw, but carrots, beetroot and artichokes are, although artichokes and beetroot generally benefit from being thinly sliced julienned, or grated and can form the basis of a delicious and crunchy dressed salad. 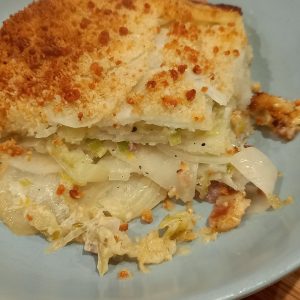 When cooking root vegetables with dry heat, one thing that needs to be considered is the natural skin of the vegetable. Leaving the skin on – scrubbing if necessary to remove dirt – is actually a form of steaming, as the water within the root can’t escape during cooking and softens and cooks the interior without losing any flavour. Carrots aren’t particularly suited to this as they have very thin skins and a high ratio of surface-area to interior, but beetroot, swede, potatoes and artichokes cook well using this technique.

If the skin is removed and/or the root cut into smaller pieces before cooking with dry heat, the water will be cooked out and the pieces will generally shrink and dry out during cooking, concentrating sugars and creating a firmer texture with a pleasing chew. Potatoes – with their high starch content – can crisp up if cooked with oil and dry heat, which also creates an exterior crust that helps steam the interior of the pieces, but this doesn’t really work with other root veg. Waxy type potatoes – like this week’s White Eyes, will crisp up a little but generally end up somewhere between the jammy texture of roasted beetroot and the crispy-fluffy texture of a roasted floury potato (like this week’s kennebecs).

Boiling root vegetables comes with the risk of losing flavour – it’s best not to boil for too long, and adding salt to the water will season the vegetable as some of the flavour and colour seeps out. Add them to cold water so that the root cooks evenly, and avoid peeling or chopping before boiling. The exception to the short boil rule is where roots are added to a slow-simmered stew, where the aim is to have the other flavours of the dish move across into the root and vice versa. The turnip gratin that I posted this week – pictured to the left – is a case in point: the turnip is sliced super-thin to allow as much flavour from the cream, leek and bacon to pass into the turnip and vice versa, and covering the gratin during cooking – as well as adding the breadcrumb topping – allows any water released from the turnip to stay in the gratin, keeping it moist and flavoursome. 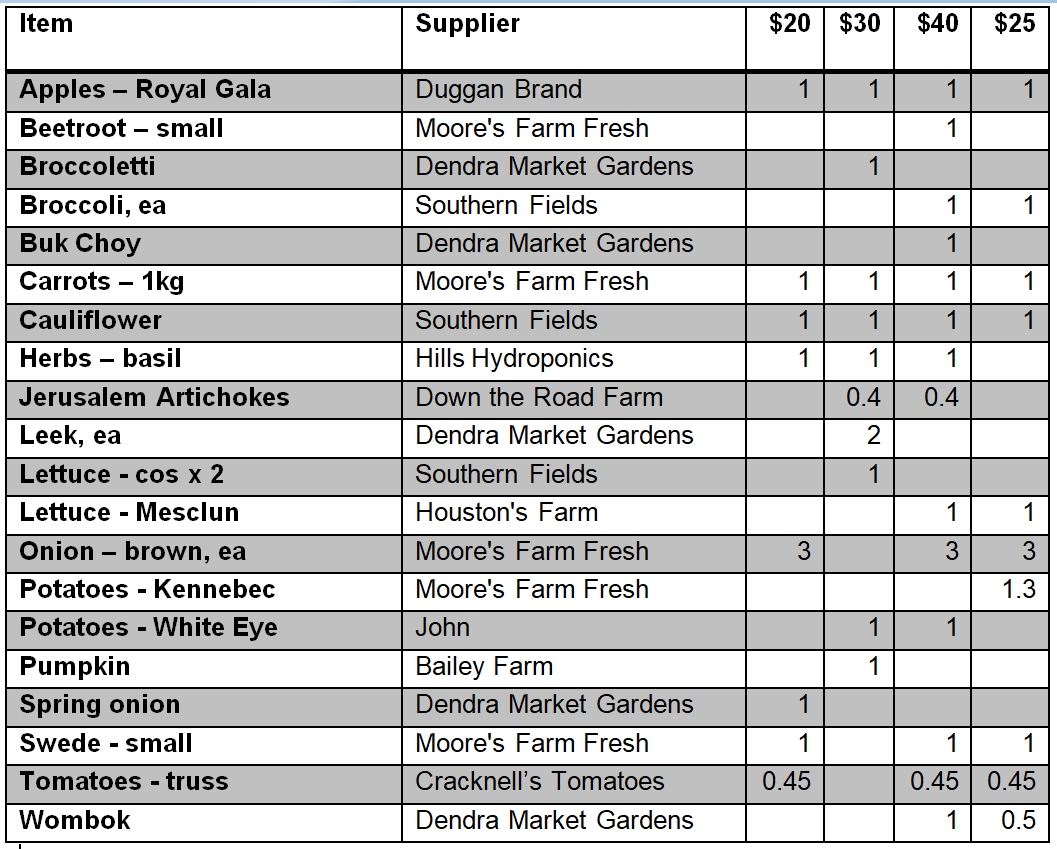