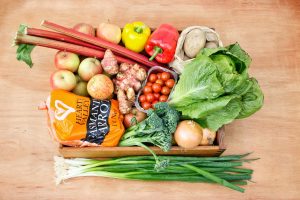 The shoulder seasons – spring and autumn – deliver some of the more interesting produce in the growing year. While spring is centred around flowers and shoots (e.g. globe artichokes and asparagus), autumn, coming on the back of the solar energy of summer, is all about roots (nature’s way of storing this energy) and fruits (which enable plants to spread the seeds pollinated in flowers earlier in the season).

This week’s box includes one of my favourite autumn root vegetables, the Jerusalem artichoke. The descriptive words used to name artichokes aren’t terribly helpful; arguably “spring” and “autumn” artichokes would be better than “globe” and “Jerusalem”, as the two vegetables – one a flower and one a root – exemplify the differences between spring and autumn despite having rather faint culinary similarities. Autumn artichokes behave quite differently from the more common types of root vegetable (potatoes and taproots such as carrots) – you won’t be able to crisp them up like a potato, but they also tend not to hold their shape when cooked like a carrot. It’s not strictly essential to peel them (thankfully, as this is not easy), but the compound that causes flatulence in them is concentrated in the skin so in some cases it may be best to do so. Their flavour is nutty and rich and is ideal for soups – try pairing with ingredients like mushrooms and nutmeg – but they can also be used thinly sliced in a stir-fry, reminiscent of water chestnuts. Whilst delicious, they’re not super-versatile, but as they’re only in season for a couple of months of the year they certainly don’t outstay their welcome either!

Many plants fruit in late summer or early autumn – think stonefruit and apples – but some of the most interesting fruits actually save their fruiting til surprisingly late. Figs – like the ones featured in this week’s fruit supplement from Frankham Figs in Dulcot – actually fruit twice in the year, although the earlier “brieber” crop, which grows from the previous year’s unripened fruit, tends to be inferior to the later autumn fruit. New Zealand’s signature fruits – the kiwi and feijoa – are both cold-weather fruits too, both of which grow reasonably well in Tasmania but are not commercially cultivated on any scale. Another autumn fruit, which is quite hard to get hold of, is the passionfruit – so when Tasmanian Kitchen Pantry offered us a few hundred we jumped at the chance! The classic Australian application for these wrinkly fruit is atop a Pavlova or flavouring soft drinks, but in their native lands of Paraguay and Brazil they’re commonly used to make a mousse. Whilst sweet applications are common globally, the aroma is intriguingly savoury, and I’m quite tempted by the Mexican approach of eating them with chilli powder and lime. 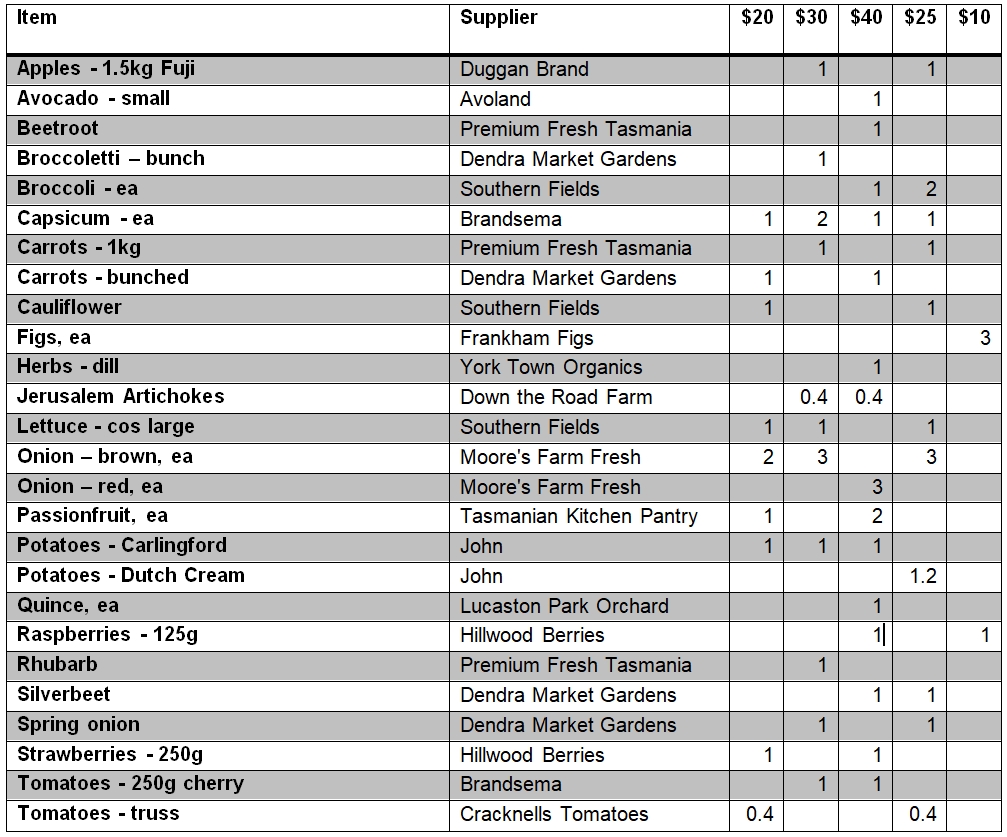