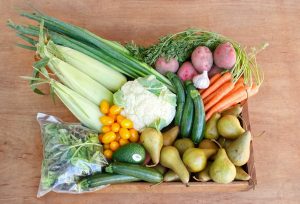 We’re very lucky at BB to have access to a huge range of varieties of potato – it’s certainly only a fraction of the thousands of varieties that exist globally, but it’s also many times more than most supermarkets offer (brushed or washed?) Whilst each potato is different, the easiest place to start when working out what to do with a potato is to place it on the waxy-floury continuum. Waxy potatoes have high moisture and low starch, and will hold their shape when cooking and remain relatively firm when cooked, but tend to produce a fairly gluey mess when pureed or mashed; they’re great for boiling or baking. Floury potatoes have low moisture and high starch; they’ll tend to fall apart or become water-logged when boiled, although do make a great mash (just don’t cut them before boiling), and they’re what you need for that classic soft, fluffy texture that you’ll find both in the inside of roasted potatoes and chips and mashed potato. Because floury potatoes have low moisture they’ll suck up other liquid ingredients – like the butter and cream in mashed potato or the frying oil when you’re cooking chips – but the sticky surface of a boiled waxy potato will hold sauces like the mayonnaise in a traditional potato salad.

Waxy vs floury is an important consideration when deciding how to cook your potatoes, but size, shape and colour are very important too. If a potato has a coloured skin like this week’s Ida Rose potatoes I’m always loath to peel them, and when I’m boiling potatoes I’ll almost always boil them whole, which means sorting potatoes by size so the small ones don’t collapse before the big ones are done.  Potatoes also vary considerably in strength of flavour, with some being quite bland and some (like Tasmania’s favourite, the pink eye) blessed with a rich taste; the latter can be prepared quite simply where the former is better paired with other strong flavours. Big potatoes are almost always better off baked, roasted or chipped in my opinion, to ensure they’re optimally and consistently cooked.

This week’s Ida Rose potatoes are quite waxy, with a red skin and pure white flesh, and a rich flavour. In my experience the best thing to do with these is to bake them – I don’t believe in using foil for this, just put them straight in a hot oven for as long as it takes for a skewer inserted to show that the inside is tender, which can take quite a while with a waxy potato. This way you’ll get two textures for one – crispy skins and meaty insides. They do also make a pure white puree, although this feels like a waste of the red skins.

Dutch Creams are probably tied for second place with Kennebec as Tasmania’s favourite potatoes; whilst many sources claim they’re a multi-purpose potato (i.e. right in the middle of the waxy-starchy continuum) I really don’t agree; they’re too far on the waxy side to generate anything resembling the soft, fluffy inside that makes roast potatoes or chips so morerish. If you’ve got little ones they’re great boiled or used in potato salads (and have plenty of flavour to boot); they can make an ok mash, although it can tend to get a bit gloopy.

Both Dutch Creams and Ida Rose are suitable for boiling – my top tips for avoiding a mess when boiling potatoes are to leave the skins on, use potatoes that are roughly the same size (or add the small ones later), and most importantly, put them in cold water before bringing to the boil, and only simmering gently. It takes a little longer, but it’s much more reliable. 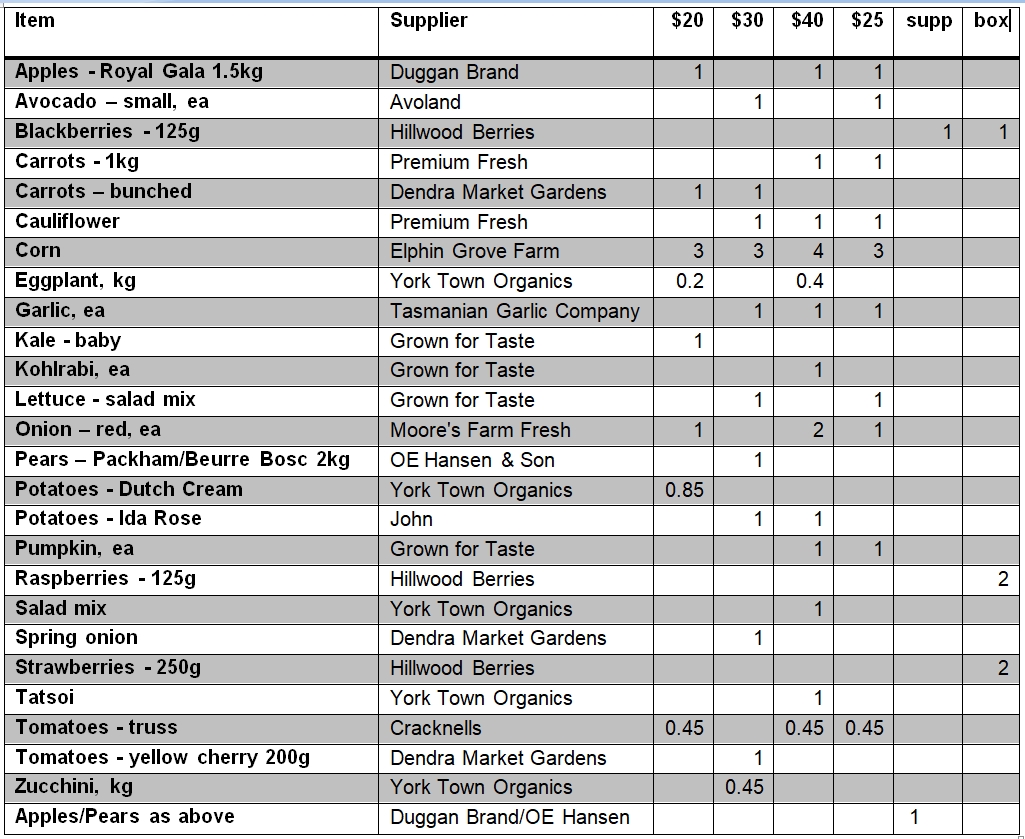