Cucurbits – a family of fruiting plants whose edible members include zucchini, pumpkin and cucumbers – prefer warm growing conditions, but unlike tomatoes, capsicum and eggplant they aren’t particularly suited to hot-house hydroponics. For this reason they’re not widely grown on a commercial scale in Tasmania, as the growing season is generally quite short, which is why we don’t often have them in our boxes. This week, however, we’ve got the full range of these savoury fruits!

Grown for Taste have picked 120 delicious summer pumpkins – a mix of Golden Nugget and Orange Summer – enough to share out amongst customers receiving $30 and $25 boxes this week. As these are small pumpkins, you’ll have a whole pumpkin each, which means they’ll last for longer than a cut piece – and it also means they’re easier to roast whole, which makes an attractive centre-piece to the dinner table, especially if you hollow out the cavity and stuff before baking! $40 boxes also include Continental cucumbers from GFT, and their delicious salad mix, stir-fry mix and kale bunches also feature across the boxes this week. 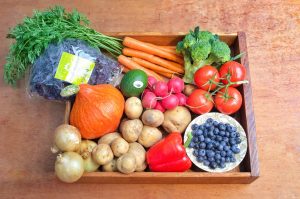 York Town Organics are also on the cucurbit train this week – $40 and $25 include their certified organic zucchini, harvested small and firm for the best flavour. It’s an especially fruity week this week – tomatoes from Cracknell Tomatoes, capsicum and eggplant from Brandsema, blueberries from Tru Blu Berries, strawberries from DM Jennings & Sons, apricots from Lowdina Orchard, plums from Canes Stonefruit, cherries from Lucaston Park Orchard, and the very welcome return of Tassie avocados from Avoland! Almost all of these will benefit from being put straight in the fridge, but DON’T put the avocados and tomatoes in there; refrigerating avocados before fully ripe makes them turn black on the inside, and refrigerating tomatoes tends to lead to a pappy texture and poorer flavour. 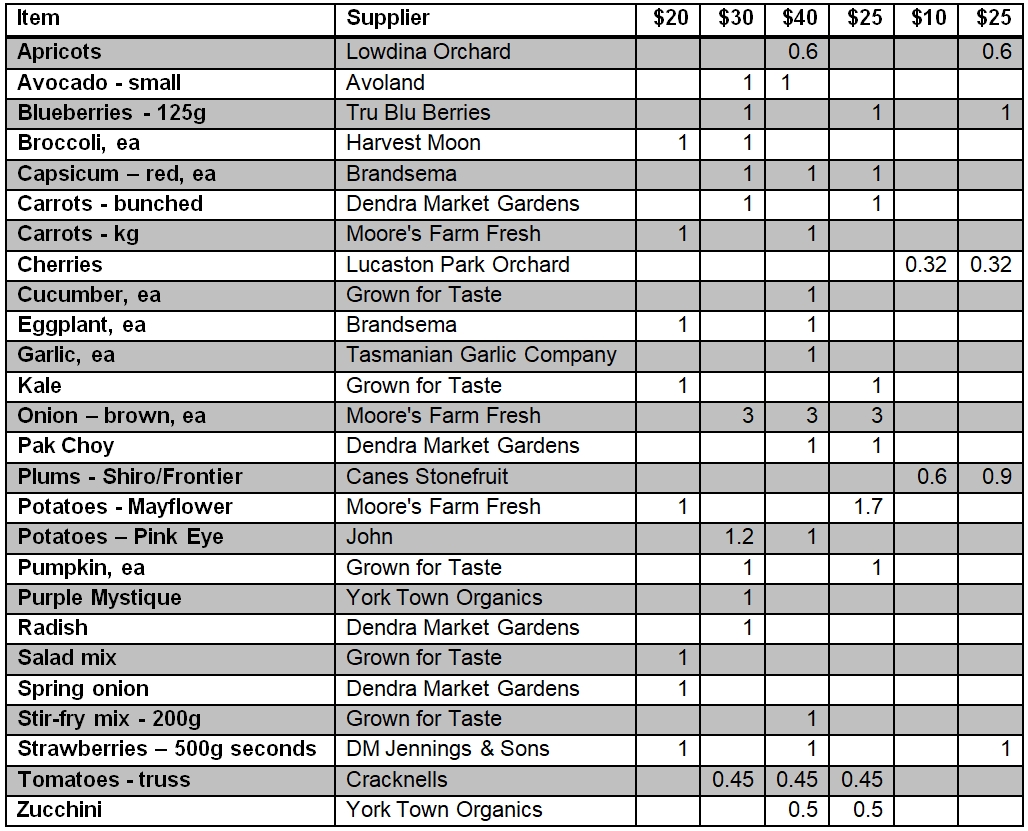