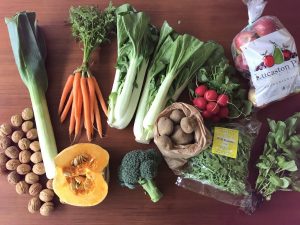 The days are getting longer now, but it always takes a while for the temperature to catch up. This week’s boxes feature radishes from Dendra Market Gardens, a root vegetable that owes its peppery flavour to glucosinolates, a compound also present in mustard, wasabi and cabbage, which is released when the plant is damaged, thus providing a valuable resistance to animals that might be tempted to eat them (except humans, obviously!) Radishes are a popular crop for market and amateur gardeners due to their quick growth (they can go from seed to crop in less than a month); this combined with the natural pest resistance makes them relatively easy to grow.

One of the keys to success in market gardening (i.e. growing fruits or vegetables that are eaten fresh rather than being stored and/or shipped as commodity crops) is staggering plantings to ensure that supply is relatively constant; the panic-buying that has ripped through other aspects of the supply chain of essential goods has caused significant issues in this area also. Dendra Market Gardens – who supply the major supermarkets locally – were hit quite hard with a huge increase in demand on a few key lines (e.g. radishes, silverbeet) just when the temperatures began to drop – the end result of this was that much of the existing plantings were harvested to meet increased demand, but the slower growing weather has made it very difficult to catch up. 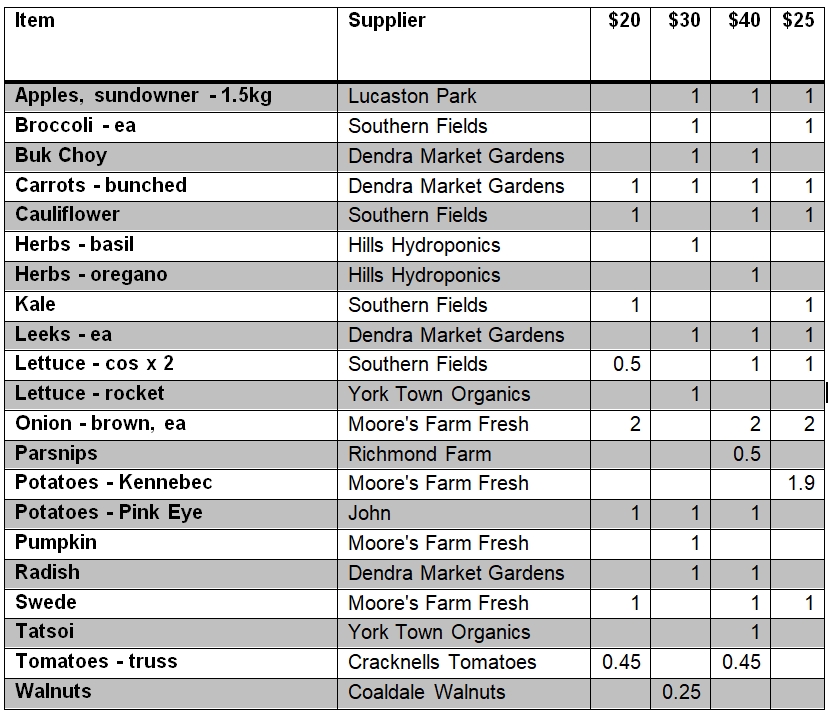