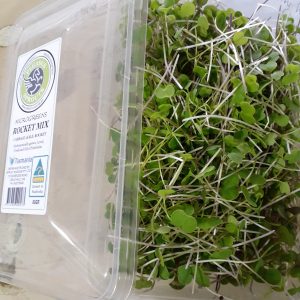 Last week’s $30 boxes featured pea shoots from Pegasus Sprouts, a product which we’ve been buying from them for many years – this week $40 box customers get to try one of their newer offerings, microgreens! Both sprouts and microgreens are grown indoors in controlled conditions, meaning that they require less intervention to keep pests and diseases at bay, and at this time of the year one of the more attractive benefits is that the speed of growth is not dependent upon the prevailing weather conditions – winter temperatures result in slower growth, which requires very careful planning for staggered plantings. 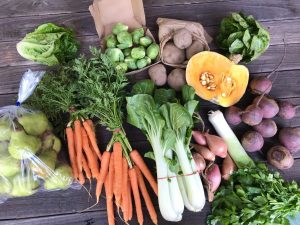 Sprouts – like alfalfa – are grown in water and the seed is eaten as well as the shoot. By contrast, microgreens are sliced off the seed when the first two leaves appear (which means technically that the pea shoots last week are a very long microgreen rather than a sprout proper). Whilst the main visual differences between microgreens are colour, they are actually just very small vegetables, and share the flavour with whatever they would have become were they not harvested at such an early point. This week’s microgreens are a rocket mix and have a fresh, peppery flavour just like full size rocket, but Arco from Pegasus also grows a range of other microgreens from brassica, radish and other seed types. They make a very pretty garnish, but are also a delicious alternative to salad greens (which are pretty limited at this time of the year). 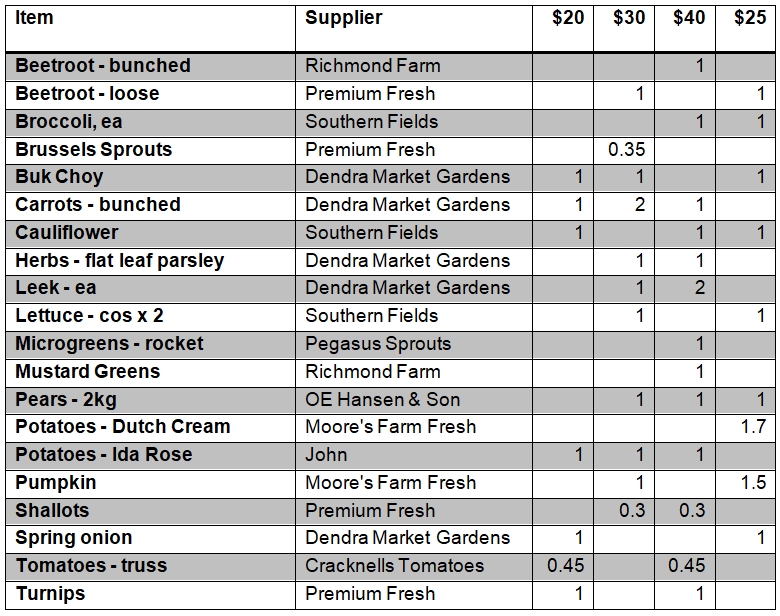