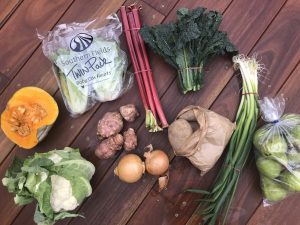 This week’s boxes feature some heavy-hitting cultivars of some of Tasmania’s biggest crops.

Packham’s Triumph is the highest selling fresh-market pear in Australia, developed unsurprisingly by a man from New South Wales called Packham in the late nineteenth century. It’s mainly cultivated in countries in the southern hemisphere, and is picked while still green and crunchy – at which point it can make a great addition to salads – but if you’re after a hit of sweetness, leave it out on the bench to soften and you won’t be disappointed.

Royal Gala apples are a modern variant on the original Gala apple that first appeared in New Zealand in the 1930s. The Royal Gala has been bred for increased red colour in the skin, and is now the most cultivated apple in the U.S., replacing the frankly awful Red Delicious – it’s also very popular in Australia and New Zealand, but hasn’t made much headway in the UK market. It’s actually a cross between Golden Delicious and Kidd’s Orange Red, and has an excellent balance of sweetness and tartness coupled with crisp flesh and a soft skin, making it an ideal eating apple.

Maris Piper potatoes, unlike Royal Gala apples, are very popular in the UK; they’re actually the most commonly grown, which is partly due to their status as one of the first potatoes bred with resistance to a type of nematode that had plagued potato production in the country. They’re less common in Australia, a country which in general is aware of two main varieties – brushed and washed. Thankfully in Tasmania potato production is more varied, although Maris Pipers, which are an excellent roasting potato, are still not as easy to find as other floury types like Kennebec and King Edward. 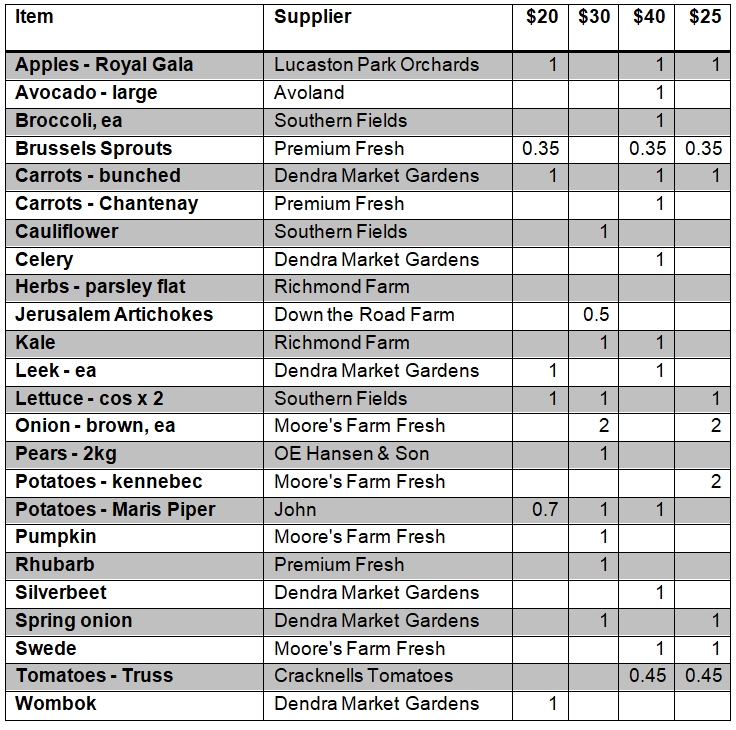