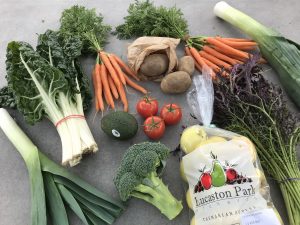 This week’s boxes feature a classic winter alium, and the national emblem of Wales – the leek! Like spring onions, leeks don’t form a tight bulb at the base and thus aren’t suited to long term storage like brown onions; they also have a milder, more complex flavour which adds to the right dishes but may not suit all applications where onions might be used. The leek was originally cultivated from a wild cousin, and the name shares its derivation (leac, from Old English) with garlic (which literally means spear-leek). Whilst it’s obviously great for building up flavours in soups and stews, braised leeks are tender and sweet, and they’re also quite often charred or burnt in modern cuisine. Because of the way they shoot up out of the soil, they tend to collect dirt in between the layers, so it’s often a good idea to wash them before cooking, which is often easiest done after chopping. 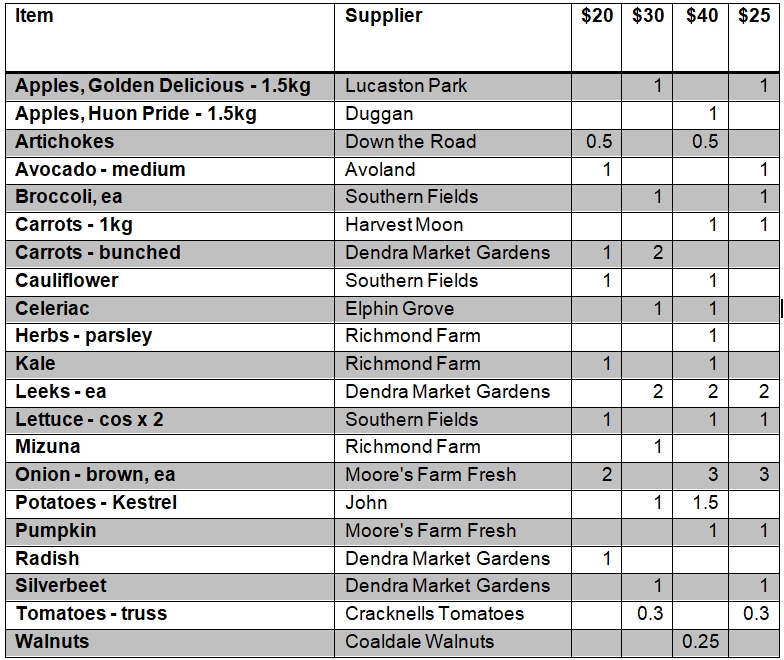