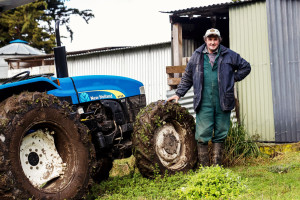 Potatoes don’t grow particularly well in winter, but are generally looked on as a winter vegetable as the main crop is often dug in autumn and stores well over the winter. This week’s boxes feature three different varieties of potato from our potato farmer John in Lymington, just south of Cygnet. $20 and $30 boxes include Pentland Dell potatoes, a floury (i.e. good for roasting, mashing, chipping) variety developed in the 1960s. $40 boxes feature Pink Fir Apple potatoes, a full flavoured waxy variety (suitable for boiling but also quite nice for wedges), a variety with a much longer heritage. $25 boxes include Kennebec potatoes, which despite being a very “Tasmanian” potato are actually an American variety, well suited for chipping with white flesh, shallow eyes and a floury texture. 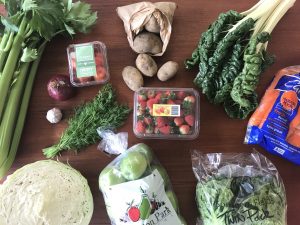 $20 boxes also feature Jerusalem Artichokes, grown by Mark, whose main job is actually rearing Alpacas! Like potatoes (and alpacas), Jerusalem artichokes are one of the many foods that came to Europe from the Americas – they have nothing to do with Jerusalem, the name being a corruption of the Italian word for sunflower (girasole). Unlike potatoes, Jerusalem artichokes (sometimes called Sunchokes, or more crudely Fartichokes) won’t crisp up when cooked, but have a rich, earthy flavour that is delicious in soups. The skin is edible but it’s generally best to scrape much of it off before cooking, either with the side of a knife or a peeler. 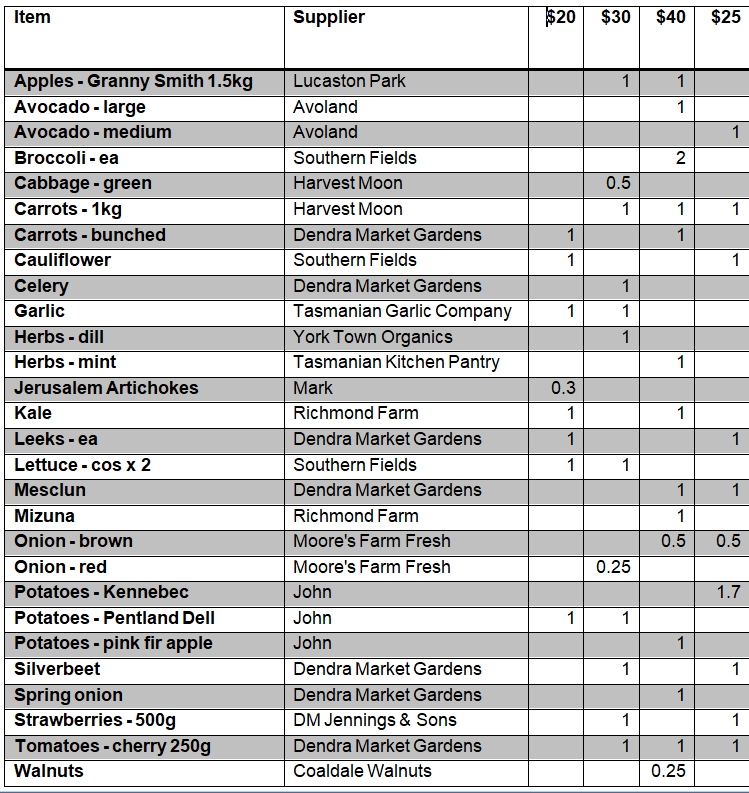