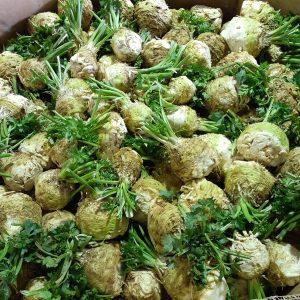 This week’s $30 and $40 boxes include celeriac (also apparently known as “knob celery”, which I’m thinking would be a fun name to popularise…), which is a vegetable related to celery native to the Mediterranean area and is actually referenced in Homer’s Odyssey. If you haven’t cooked with celeriac before (which, let’s be honest, is quite a large percentage of the population who don’t get BB boxes), it can be used either raw or cooked, and takes on a very different character depending upon which option you choose. Raw, it’s a crisp, clean-flavoured addition to salads such as the classic celeriac remoulade, which is basically julienned celeriac dressed with mayo – a sort of coleslaw. Cooked, it takes on a rich, earthy flavour and becomes soft and tender – just don’t expect it to crisp up like a potato, the texture will have more in common with pumpkin. Roasting, baking and boiling are all good options, and the flavour lends itself well to soups and purees. Carefully slice the knobbly outside off before using – the inside is white. 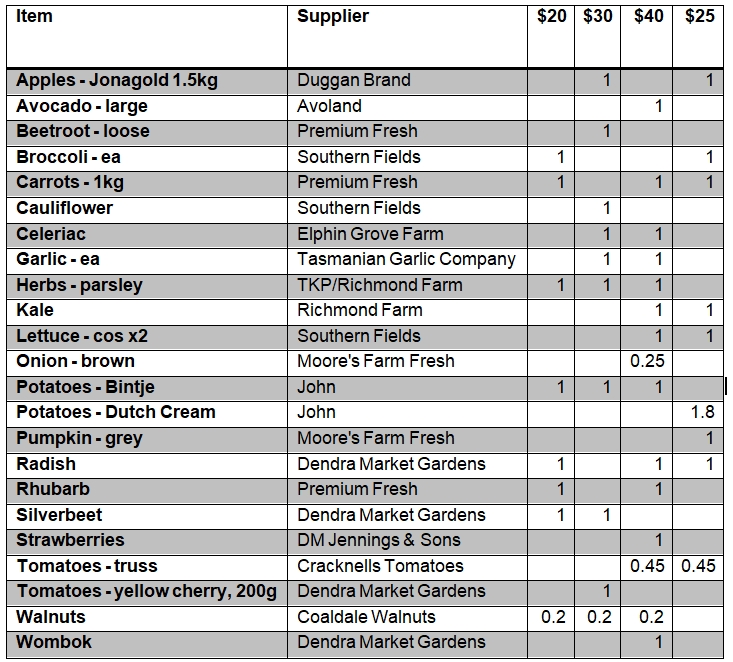