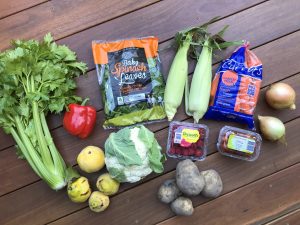 In a cold to temperate climate like Tasmania’s, the natural fruit season is fairly short – generally strawberries begin in spring, followed by other berries and stonefruit in summer, and then in late summer/early autumn pomes (apples, pears, quince) are picked. Plants generally don’t produce fruit in the winter, as the purpose of fruit is for reproduction through seeds, and the plant will choose the time of year with the optimum weather for seed germination to produce ripe fruit. To a large extent, fruit remains seasonal – supermarkets rely on shipping and flying in fruit from far flung places to create the illusion that fruit is available in all seasons. There are two main exceptions to this, where technology has enabled local fruit to be available out of the season that it’s normally available and ripe. The oldest is the use of cool storing – originally by using stone cellars or the like, but now done on large scale and coupled with atmospheric control to remove oxygen, a catalyst for spoiling – which enables us to eat apples and pears pretty much all year round, despite the fact that they’re picked over not much more than a couple of months. More recent developments have extended the season for berries by the use of hydroponics and heated growing conditions, which are suitable for these sorts of vines but not so great for fruiting trees! (It’s worth remembering that that tomatoes, capsicum and eggplant, all of which are commonly grown in hydroponic hot-houses, are also fruit, just savoury ones, and thus best left out of the fruit salad…) 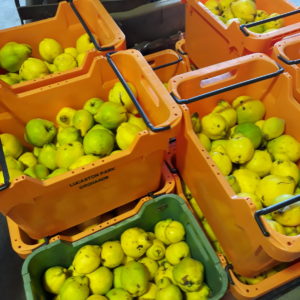 Our fruit supplement comes to an end this week for the reasons above – not only do we believe that Tasmanian produce is almost always the best you can find, it’s wasteful to ship produce around when you can eat with the seasons (which if you ask me is more fun anyway), and if you’re shipping produce around it’s never going to taste as good anyway because it’s not as fresh. We’ve gone out with a bang – over 400 punnets of raspberries have gone out in boxes today, plus figs (which we’ve included well over a thousand of in boxes over April, which is peak season), quinces from Richmond cherries, and freshly picked certified Huon Pride apples from the Duggans. We’ll aim to include fruit more in the general boxes in May while there’s still some variety available; from June until October it’s time to really embrace apples and pears. 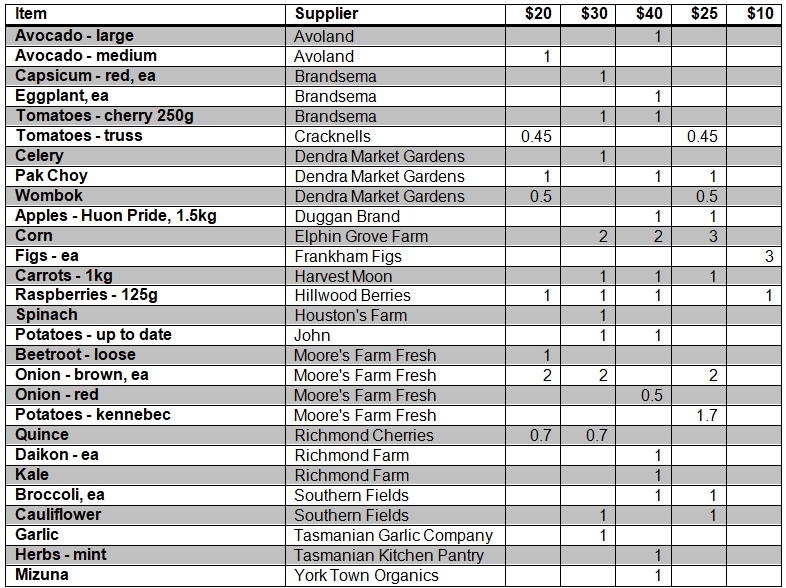