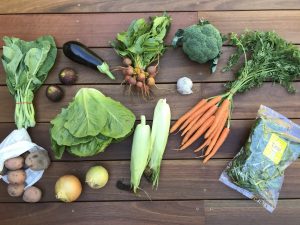 Getting boxes out a day early this week presented plenty of logistical challenges – generally I start liaising with growers on Monday each week to ensure we can fill boxes for the week, so it really does mean having one less day to go through the process. However, we’ve been lucky to be able to access some pretty special things regardless of the time constraint.

The Chinese broccoli in $30 boxes this week is related to broccoli, but is prized for its tender stems, probably better in a stir fry than regular broccoli which tends to fall apart. Either break into individual stems with leaves attached or slice crossways into pieces with a similar amount of stem for even cooking time, and as with ordinary broccoli stems, peel any tough outer layer that might be tough to eat. Richmond Farm have also supplied some lovely coloured carrot bunches, and also golden beetroot bunches which haven’t been included in boxes for a while but are a favourite with the chefs we supply! 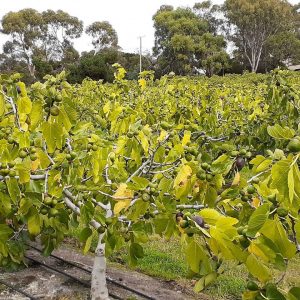 Fig season is at its peak right now, and we’ve been able to get enough figs for all $20, $30 and $40 boxes to get some – in previous weeks we’ve only included them in the fruit supplement. We’ve also been able to include certified organic tatsoi, rocket and zucchini from York Town Organics in boxes this week, who primarily supply the restaurant trade and thus are having a bit of a difficult time at the moment. Nicky’s broad beans are back again – and will likely be in boxes next week too – and John’s potato of the week is the Brownell, a waxy type good for boiling and mashing, originally developed in the U.S. before coming to Australia in the early 20th century. Just like us, plants have diseases, and Brownells were favoured by Tasmanian potato growers because of their resistance to one of history’s great pandemic plant diseases – blight – that resulted in widespread starvation in Ireland in the mid nineteenth century, a famine that would have been recent history at the time Brownells were introduced into Tasmania. 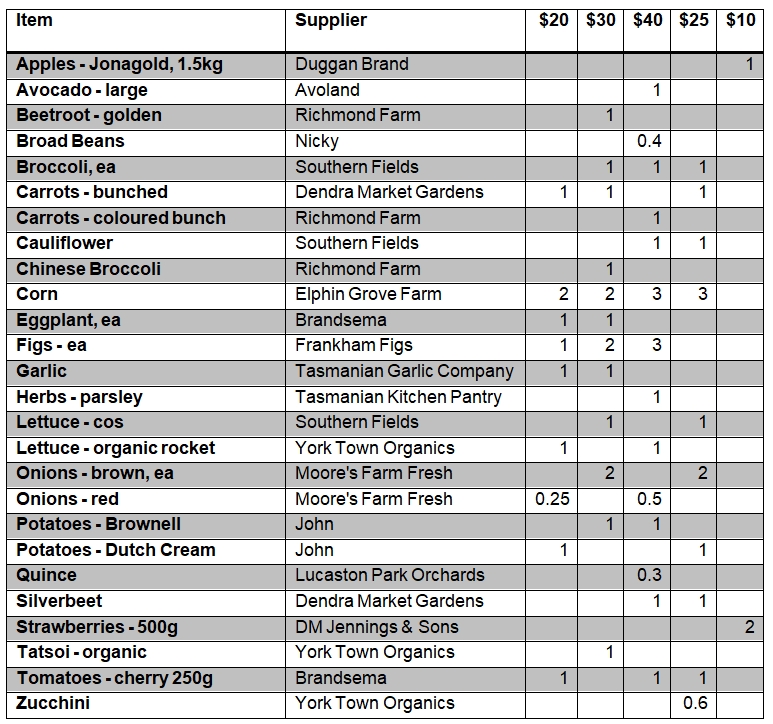