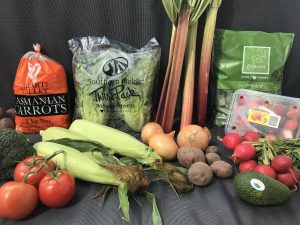 Climate change, especially in the wake of the devastating fires in mainland Australia, is often portrayed as being about hotter weather, but the recent floods have definitely shown that it’s also about less predictable weather that doesn’t obey the normal assumptions about what happens and when. This summer has provided fairly uneventful conditions in Tasmania – certainly nothing like the bushfires through the Huon and other areas last year – but the variability of temperature and the lack of the usual hot summer days has been making things difficult for local growers. Lucaston Park – who supplied this week’s Akane apples and beautiful Aussiebelle plums – have had to put a much higher proportion of their apples and cherries into juice, as many ripe apples aren’t reaching a useable size, and cherries waiting to ripen have split on the trees. Matt’s corn, which we were enjoying on the 8th of February last year, is only now starting to reach maturity, with no real guarantee that the season will finish as late as it started and the possibility of significantly reduced yields. It’s probable that the poor summer will have other flow-on effects as we move into autumn as many of the crops harvested at this time do most of their growing in summer, but we know that our growers will make the most of what a fairly stressed mother nature is able to give and bring you plenty of delicious, seasonal produce! 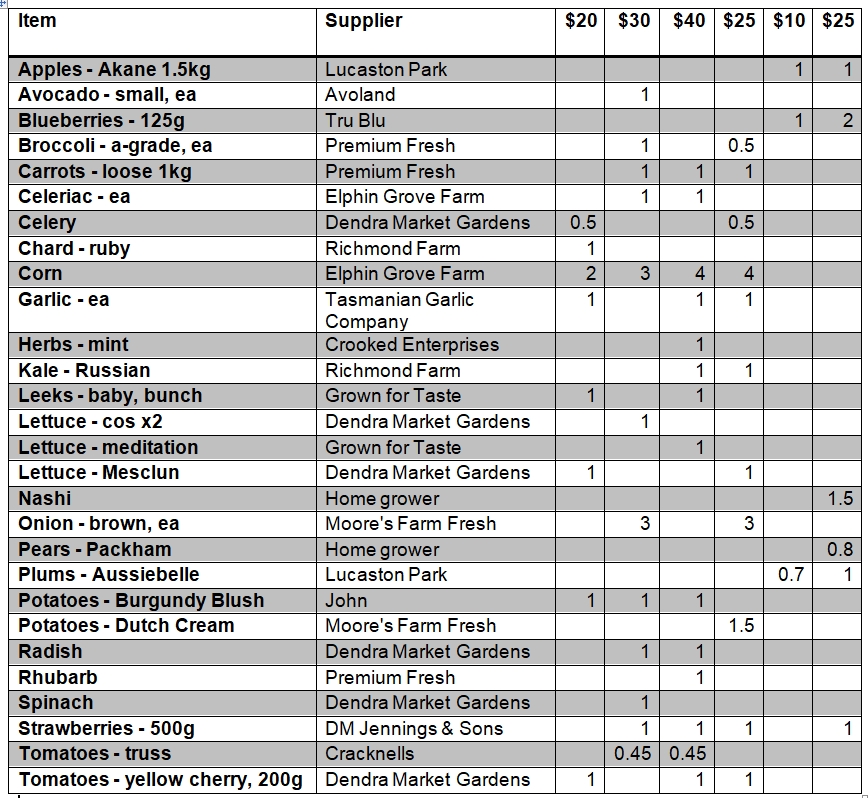