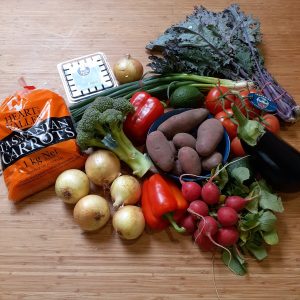 The alium family, for me, is a fundamental building block of flavour – and this is not an original observation, considering that humans have been using aliums to cook with for probably about 7000 years. No doubt fresh wild onions and garlic were the earliest iteration of culinary aliums, but the cultivation of varieties of onion that can be effectively dried and stored for virtually a year without the need for refrigeration or other older preservation techniques must have been a significant leap forwards, and these “cured” onions became a tradeable commodity many thousands of years ago. Tasmania is one of the biggest growers of the affordable and versatile brown onion, and whilst they’re harvested only during summer, due to their ability to keep once sufficiently dried, there’s really only a month or two during the year when they’re not able to be sourced from local growers. However, they’re definitely at their best when they’ve just finished curing, like this week’s onions from Moore’s Farm Fresh. This week’s boxes also include two other members of the alium family – leeks and spring onions – both used fresh rather than cured, although one is generally used raw and one cooked. 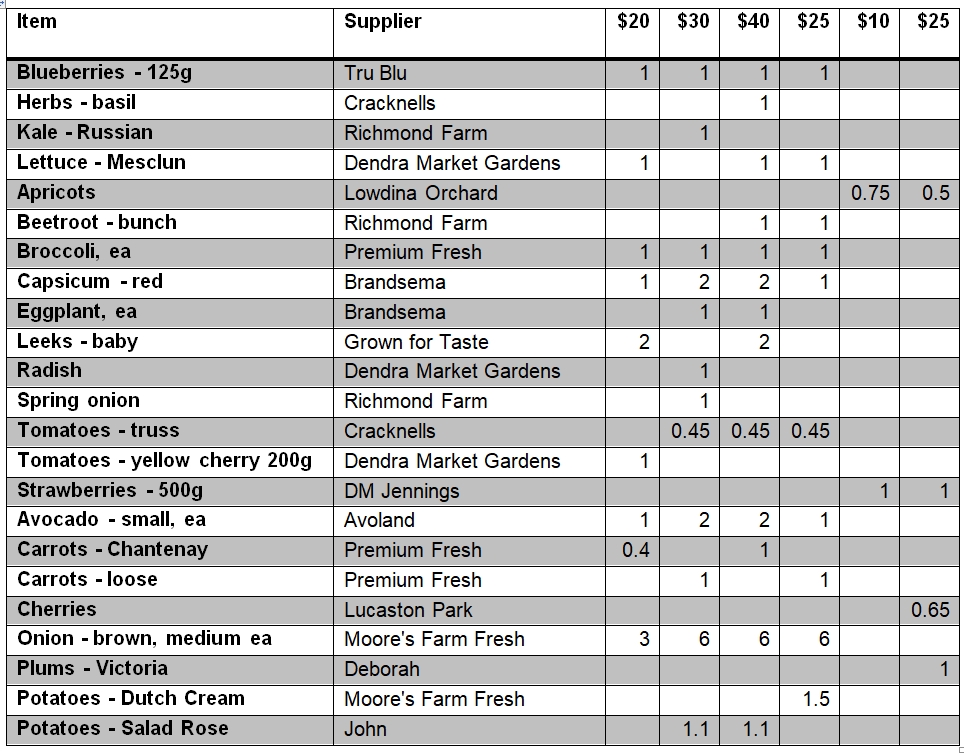