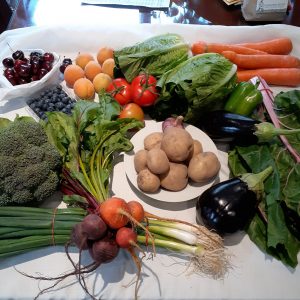 Apricots are probably my favourite fruit (although green gooseberries are a close second!); I think this is largely due to the fact that I grew up eating apricots straight off the tree in the backyard. The classic Tasmanian apricot is the Moorpark (or Moor Park – both are actually correct), which is super sweet and juicy when ripe – a far cry from the often crunchy or pappy varieties grown elsewhere and brought into Tasmania. Apricots are native to China, but the Moorpark cultivar was first developed in the late 18th century in England – it’s actually mentioned in Jane Austen’s Mansfield Park – and was a favourite of Thomas Jefferson when introduced to the new world. It’s suited to a cool to temperate climate like Tasmania as the window for picking ripe fruit is at its longest with relatively cool summers, and is not well suited to commercial orchards as it lacks the rich blush of other varieties and doesn’t travel well. This week’s apricots are from The Apricot Farm in Granton, a small orchard run by the Ellis family, and while they may have the odd blemish here and there I can attest to the fact that they’re absolutely delicious! 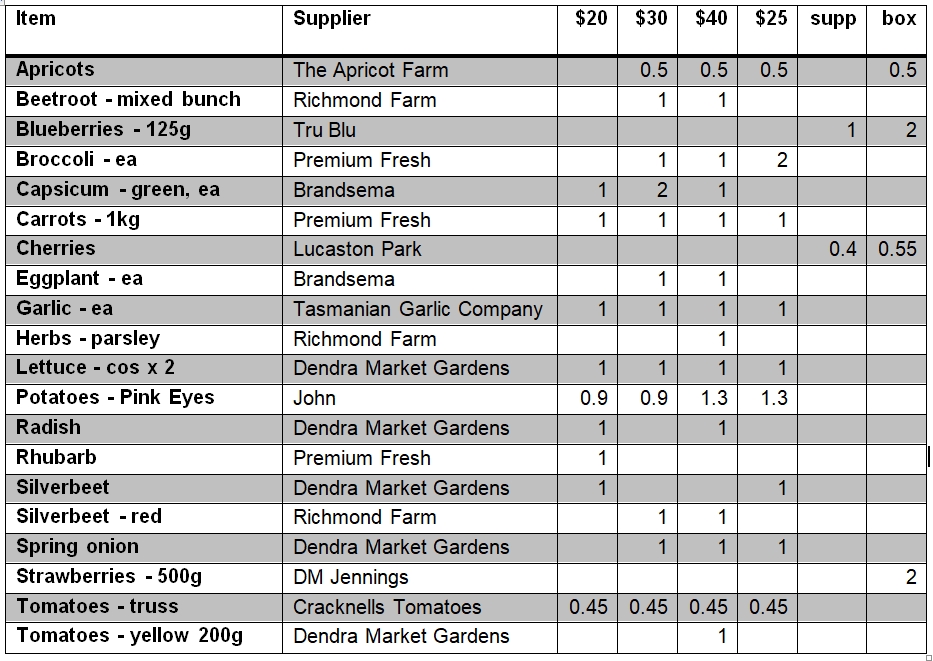