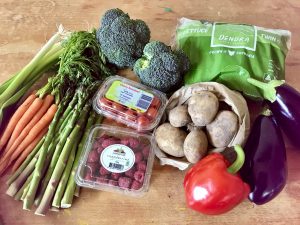 This week we’re pretty excited to have the first cherries of the season! We arguably have King Henry the 8th to thank for our cherry industry, as he ordered their introduction into England during his reign, although they have been grown in Europe since prehistoric times. Their name belies their geographical origin: a region of Ancient Greece that is now located in Turkey, the world’s biggest grower of sweet cherries and third largest grower of sour cherries, which are commonly used to make a delicious jam often served with mild soft cheese as part of a traditional breakfast platter. Cherries grow best in a temperate climate, as they need the cold of winter to set fruit – Tasmania actually has an ideal climate for growing excellent cherries, and is one of the largest cherry growing states in Australia. Much of the fruit grown here goes to export as the domestic market is relatively small; our fruit-fry-free status (seriously threatened last year) is also an advantage in accessing international markets and in many Asian markets all cherries are imported as cherries won’t grow in tropical climates.

Summer is really starting to deliver – not only are cherries on the menu this week, we’ve also got raspberries from Lucaston Park and rather nice new season Kennebec potatoes from John! 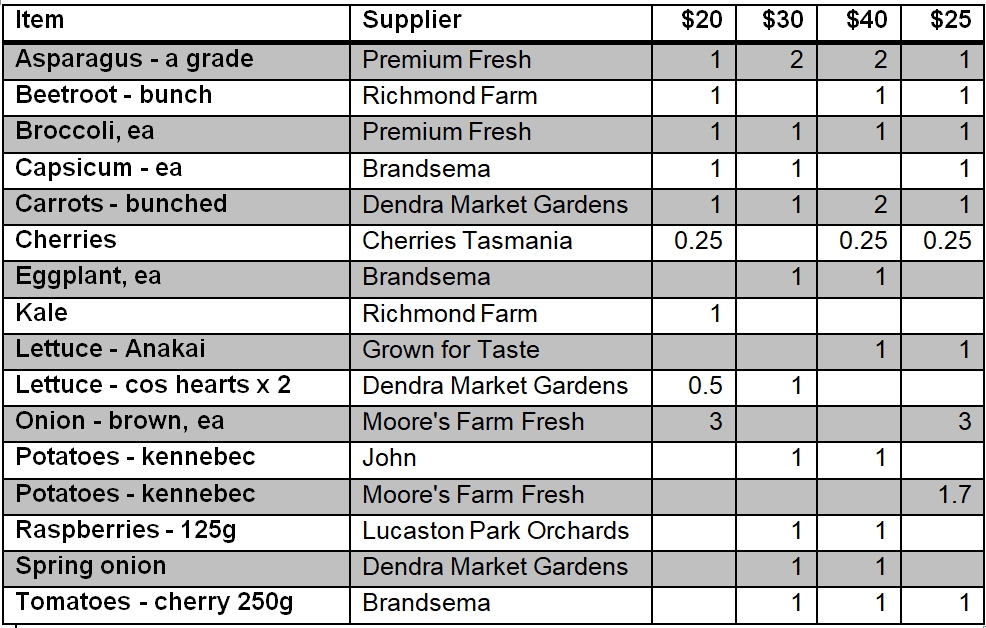