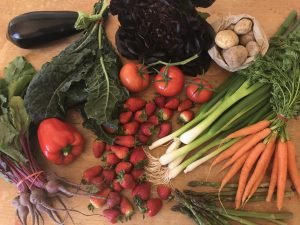 With the weather this week, you could be forgiven for thinking summer has come early – whilst it’s likely that the current hot spell will give way to more Tasmanian weather given the current chaotic weather patterns, we’ve been able to put together a very summery box to match the soaring temperatures!

The Cracknell family have had a fairly ordinary start to the season, with their first order of tomato plants killed in transit. Thankfully this week they’ve been able to supply us with their first pick of truss tomatoes – which we’ll now be able to mix up with the cherry tomatoes that have been a feature of boxes most weeks for the last few months. In addition, Matt’s decided to revisit growing basil – something that he used to do way back when we used to buy his tomatoes at the old Farm Gate Market site – and the results this week are looking (and smelling) great! 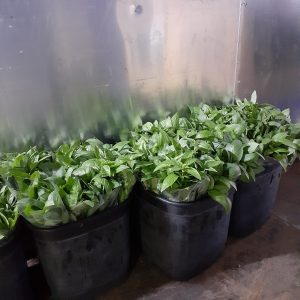 As weather patterns become more unpredictable, growing food in controlled indoor facilities – often hydroponic – will become increasingly important in terms of food security. In addition to the Cracknell’s hydroponic tomatoes and basil, a quite remarkable amount of the produce in this week’s box is grown using similar setups: Brandsema’s eggplant and capsicum are fully hydroponic, and Grown for Taste use a custom-built undercover semi-hydroponic system to grow much of their produce, including the leeks and lettuce in boxes this month. This grants a range of benefits – reduced use of chemical inputs to control pests and no fertiliser run-off, less risk of crop failure, reduced water usage and no risk of damage caused by weather conditions like rain and hail. (Ironically, hydroponic farms are not able to be certified organic, despite the obvious benefits in terms of pest control!) Not all produce is suited for this style of growing, but thankfully in Tasmania we’re ideally positioned to use a combination of both methods with our mild weather and fertile soils. 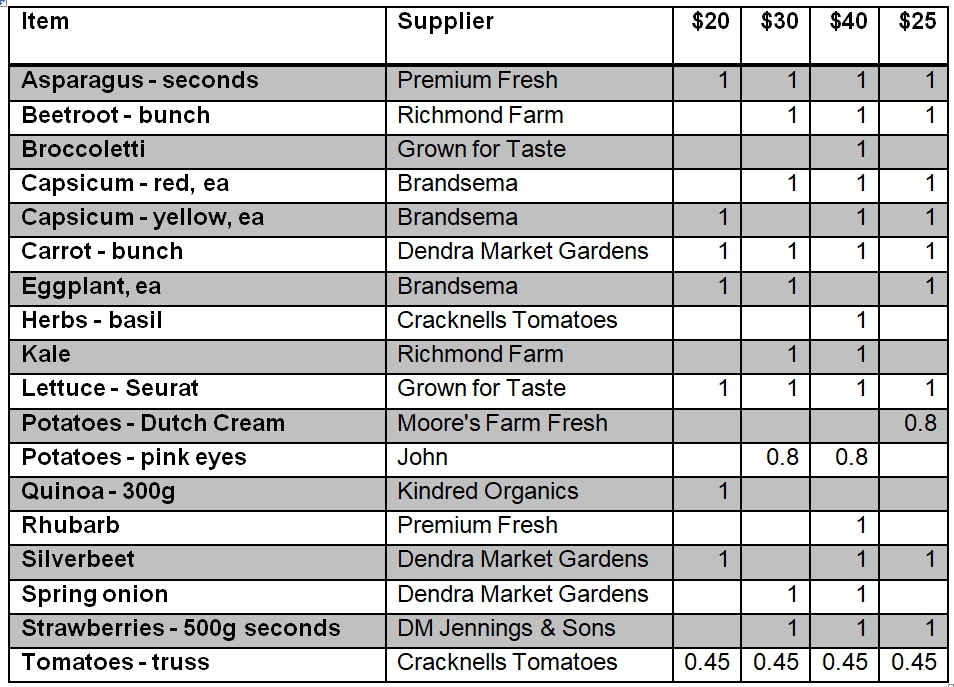