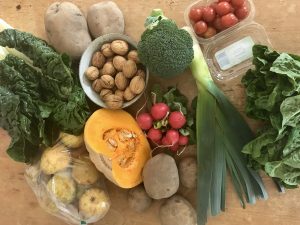 This week we welcome back York Town Organics – as a small, organic producer, Clare and Bruce tend to have less coming out of the garden beds during the colder months, but it’s always a treat to have their less common baby-leaf varieties. This week $40 boxes include their certified organic Mizuna, a mustardy Japanese salad green similar to rocket but milder, which can also be used in stir-fries and soups where it becomes milder still.

We also say farewell to Scott Hansen’s pears this week for the season – pears have shorter season than apples, as they’re picked later, benefit from a period of maturation in cool store, but also don’t keep quite as long. We’ll continue to have apples for a while longer, and we’re hoping that strawberries aren’t that far off, but pears won’t return to boxes until autumn 2020. 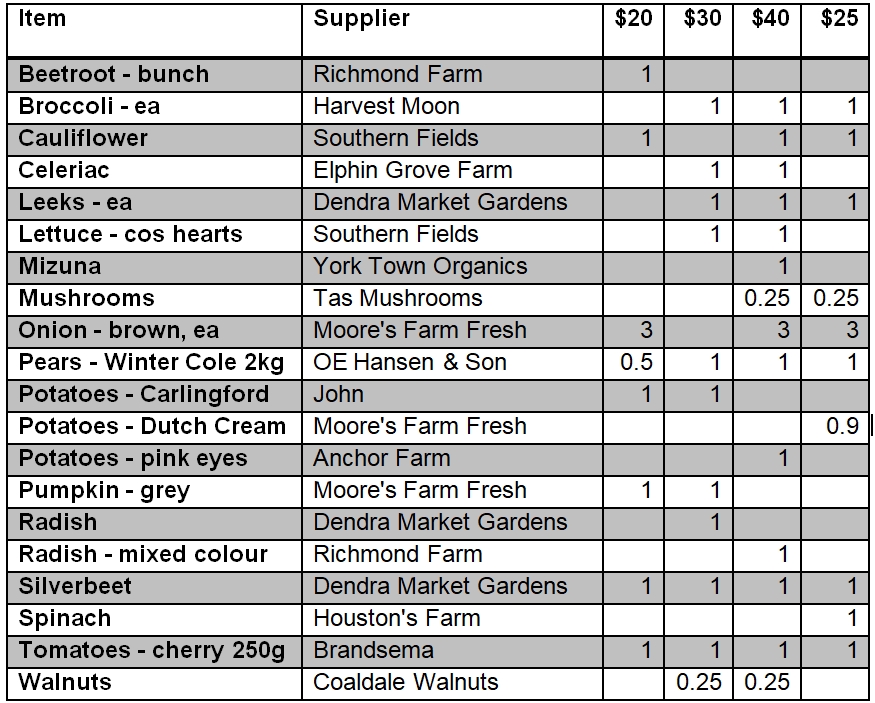