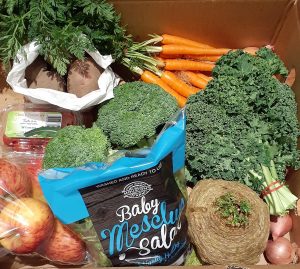 This week’s $40 boxes feature certified organic buckwheat groats from Kindred Organics. Like quinoa it’s not technically a grain, but is commonly used as a grain in dishes across Eastern Europe and Asia. Whilst the flour is often used to make noodles, the groats are eaten as a porridge or used as the basis for filling for dishes like cabbage rolls. Toasting before cooking adds extra flavour – generally about double liquid by volume to groats is advised, and of course there’s no reason you can’t use your trusty rice cooker if you’ve got one!

The Brownell potatoes in $30 and $40 boxes have a long history in Tasmania, introduced around the turn of the 20th century due to their resistance to potato blight, which had become a problem in the local potato industry at the time. They were mostly superseded by the Kennebec later in the 20th century, and are good for similar applications – chipping, mashing etc. 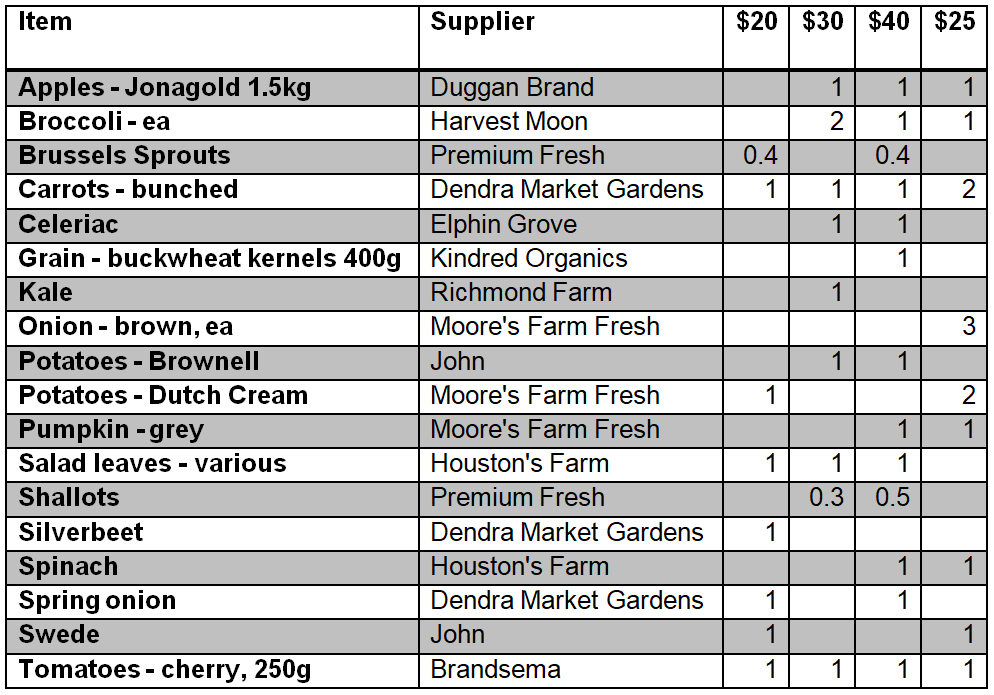