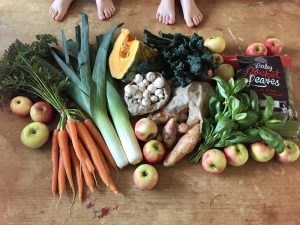 When winter kicks in it can be easy to give up on local, seasonal eating and be tempted by the interstate veg and imported fruit (like the ubiquitous cherries and peaches in the shops in Melbourne last weekend that came all the way from the U.S. and probably have as much vitality as any of us would after such a long journey.) However, dig a little deeper and there’s still plenty of variety, albeit in a more subtle way.

Whilst the vast majority of potatoes grown and sold in Tasmania are Dutch creams and Kennebecs, many destined to become frozen chips, there’s a whole world of other great varieties out there, and we’re spoilt for choice with our Lymington-based potato grower John who every year grows about 20 different varieties, which come in a whole range of shapes, colours, sizes and each is suited to different cooking methods – and with an ingredient like potatoes there’s so many methods to try! This week’s pink fir apple potatoes are super tasty and also versatile – well suited to everything from wedges to potato salad. 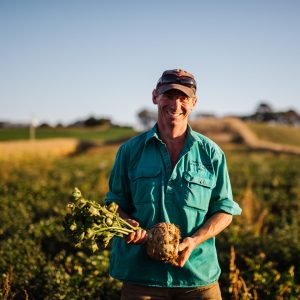 Staying in the root veg aisle, celeriac and Jerusalem artichokes are full of unique flavours and both are well-suited to warming winter soups, but have plenty more to offer too – from crispy celeriac remoulades to crispy pan-fried artichokes.

This week’s boxes include three different pumpkin varieties – grey, bohemian and Queensland blue (the latter is particularly delicious) – and Mark & Christine Duggan have supplied a late season apple known as Sundowner, which has a delicious tartness often bred out of sweet, modern varieties. 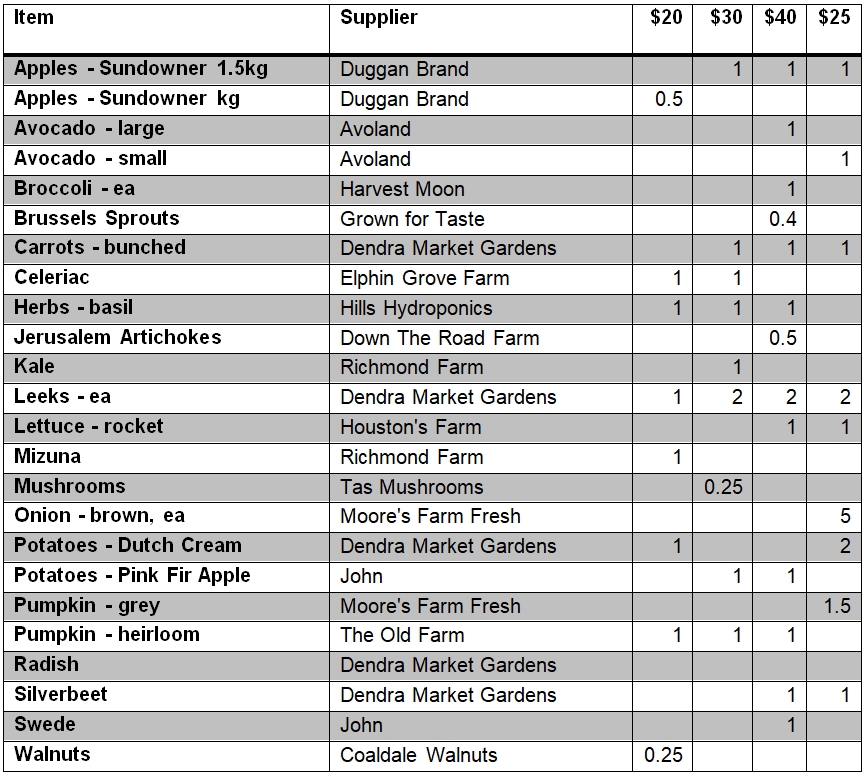