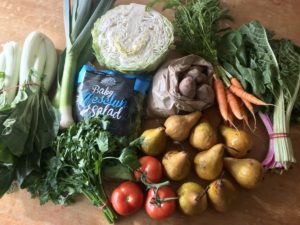 The change of season is really starting to come upon us now – truss tomatoes from Cracknell’s tomatoes started picking this week and we’ve got pretty much the first pick of the season for you in this week’s boxes; $40 boxes get the first Tassie asparagus of the season from Newry Farm asparagus; and we’re looking forward to getting new season potatoes from Dendra Market Gardens next week! All boxes also include Beurre Bosc pears from Scott Hansen in Nubeena – usually we get winter cole pears so it’s nice to have a change – and home-grower Deb has supplied us with enough grapefruit from the tree at her Sorell home to share amongst the $40 boxes (which was enough to also get herself a free $40 box herself this week!) 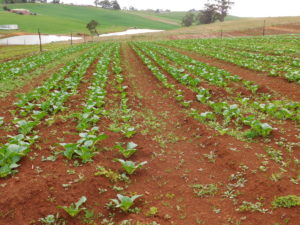 Last Sunday and Monday Mr & Mrs BB headed up to the north-west of Tasmania to visit four of our suppliers – Brandsema tomatoes, Old School Farm, Mooreville Gardens and Dendra Market Gardens. It’s always a big treat to have a back-stage pass to where the food we put in the boxes each week comes from, and meeting these growers – as it tends to do – has made us even more committed to buying their produce, but also has given us a far clearer sense of what they’re actually growing (which can sometimes be hard to work out by phone calls, text messages, and emails…) We’re even getting to the point now where we’re able to start entering into discussion with a whole range of growers about them growing produce especially for us – Maurice from Dendra Gardens, for instance, is putting in a crop of celery and fennel, and Old School Farm have some great rare heirloom varieties of vegetables we’re really looking forward to getting our hands on; George and Hilary from Grown for Taste have already planted a range of lettuce varieties for us that they’ll start harvesting in November as whole heads (which means no plastic!) 2019 is looking to be a great year! 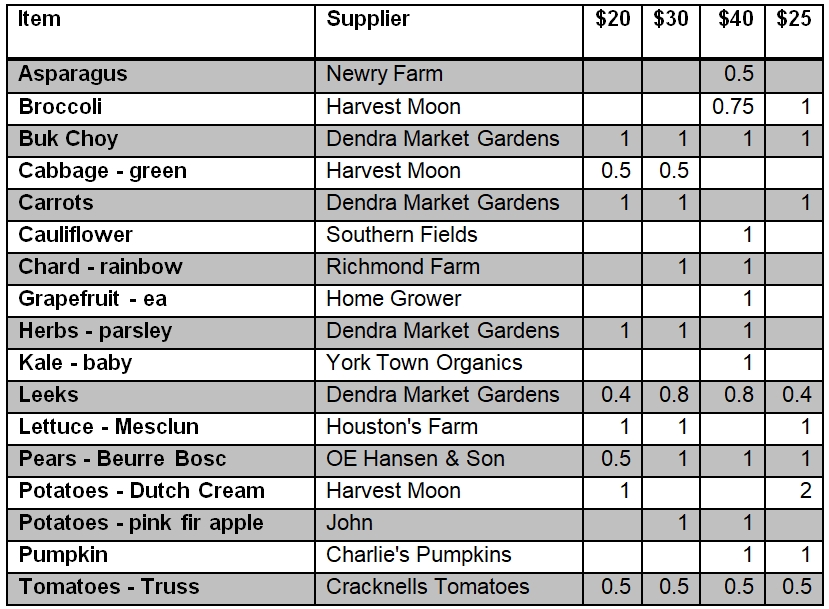