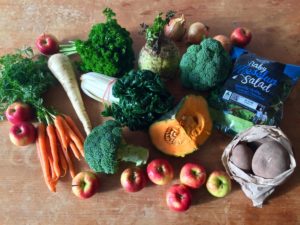 This week’s box is full of old-school European winter treats – certainly appropriate for this time of year, as the days get longer and colder simultaneously. Celeriac is widely popular on the continent – it originated in the Mediterranean basin and was even mentioned in Homer’s Odyssey! Cabbage and parsnips are popular in the colder climates of northern Europe for their ability to over-winter; basically meaning that whilst they might not grow when the temperatures drop below zero, they do keep well and arguably improve in flavour – parsnips become sweeter with frost, and were actually used as a sweetener before the arrival of sugar in Europe. 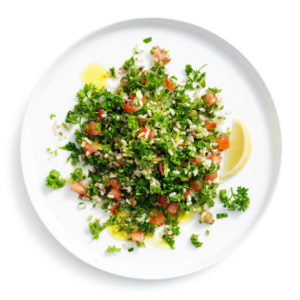 Leeks were widely cultivated in the so-called “cradle of civilisation” – the Egyptians were fond of them and dried specimens have been found at archaeological sites – and the leek even lends its name to garlic (the name of which was a descriptive compound word in old English meaning spear-leek) owing to the familial similarities of the plant. This week’s boxes also feature old-fashioned curly-leaf parsley – used to the point of cliché as a garnish it’s generally eschewed these days for the flat-leaf variety, but the curly version of the herb – which is closely related to both parsnips and carrots – has arguably a punchier flavour, and is particularly excellent in a traditional tabouli.

Whilst cumquats are actually native to Asia and didn’t make their way to Europe until the nineteenth century, they’re a regular staple in English marmalades – and Huon valley apples, some possibly even grown on the same site where the Duggans maintain their orchard today, actually regularly made the trip to old Blighty (well over a million tonnes a year!) before the EU trade agreements effectively put an end to the trade. 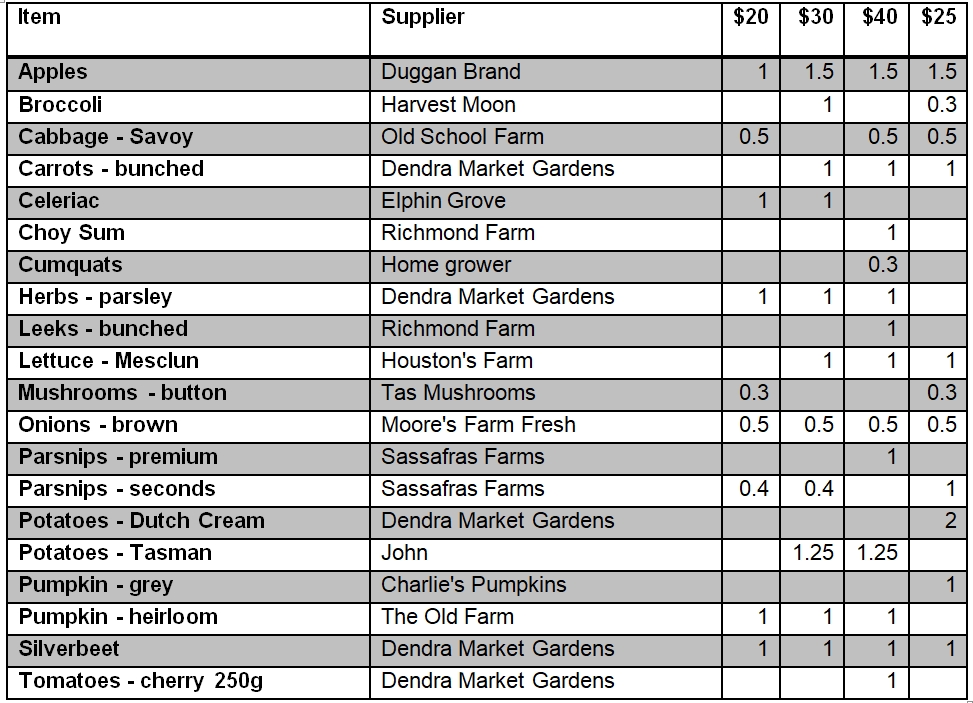