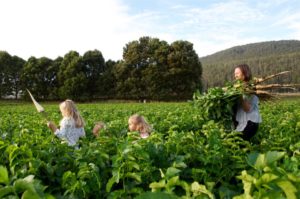 This week’s boxes feature parsnips from Sassafras farms – something we haven’t included for quite a while! $20 and $25 boxes include large “seconds” parsnips, while the $30 and $40 boxes include more petite parsnips that Sandra brands as “Sassy Snips”. Sassafras farms supply one of the major supermarkets with parsnips, and believe it or not both the Sassy Snips and large seconds actually don’t meet with the required specs of said supermarket and would just be waste if Sandra hadn’t been proactive enough to look for a market for what is undeniably a high quality product! Parsnip harvesting begins in February and goes through til early spring, so we’re looking forward to including these beauties direct from the grower to you a bit more often this winter! 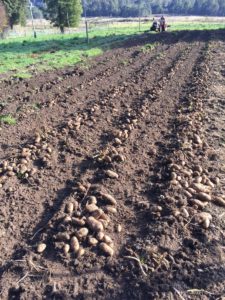 All boxes also include Russet Burbank potatoes this week – some from our regular potato grower John in Lymington, and some from new grower Nicky from Maydena. The Russet Burbank is one of a variety of potatoes classified as Russets – large potatoes with few eyes and a rough, brown skin – but the Burbank is the most common, especially in the U.S. where it accounts for a significant majority of all potatoes grown. Originally marketed as a baking potato, the Russet Burbank reached prominence with the invention of frozen French fries – the long, regular shape being ideal for a long “shoe-string” fry – and is commonly used by McDonalds.

$40 boxes feature organically grown leeks from Golden Valley Farm and ruby chard from Bream Creek Community Market Garden – and due to a bit of an error of judgement, some feature hazelnuts and some walnuts (there weren’t quite as many hazelnuts as I had thought, sorry!) Dendra Market Gardens have sent down some lovely spring onions and cherry tomatoes this week, we’ve got more butternut pumpkin from Charlie’s Pumpkins in Cressy, Elphin Grove celeriac is back on the menu, and this week’s apple is the Sundowner, which owes its name to being the last apple variety to be picked in the season. 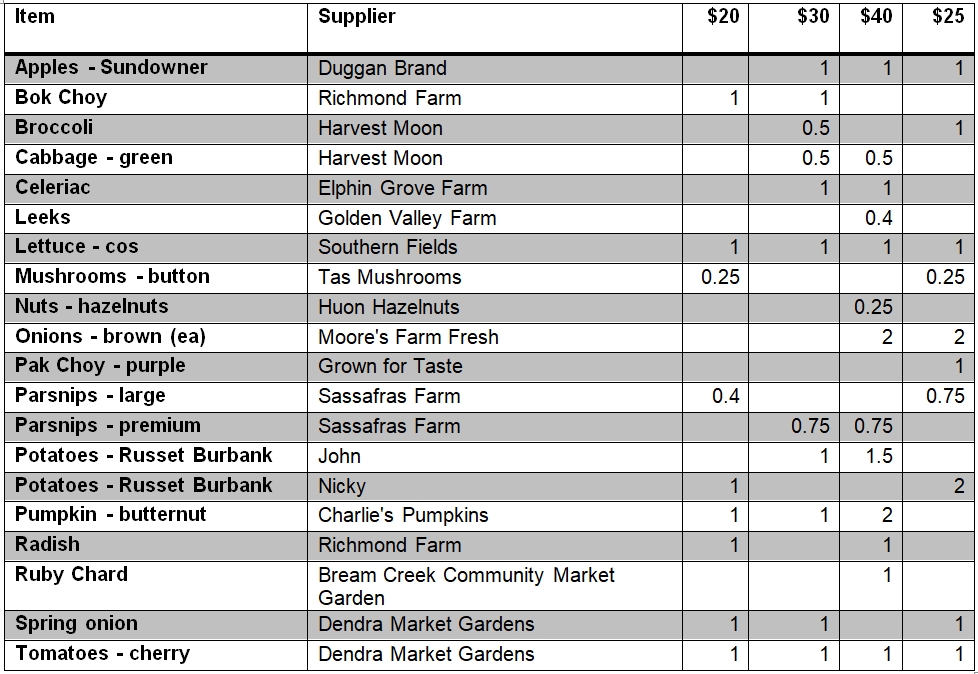