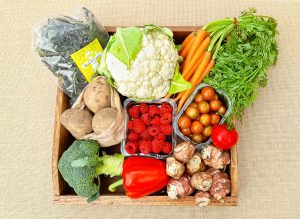 Chilli, while often associated with the food of Asia, was a staple diet of the native people of the Americas, and as such was cultivated to thrive in different climates. The rocoto chillies in this week’s boxes are a variety that thrives in cool climates because they were originally cultivated in the mountainous areas of South America. For this reason they’ve become quite popular with home growers in Tasmania, and this week’s chillies are from home-grower Justin, who has a healthy and happy rocoto bush in his Glenorchy backyard.

Careful selective breeding is one way of growing a crop over a longer season; the other is to control the environment in which it grows. The capsicum and tomatoes from Brandsema in this week’s boxes are grown in hothouse – a greenhouse that’s artificially heated – and Hillwood Berries grow their raspberries, strawberries and blackberries in unheated tunnels, which lessens a range of weather effects on the fruit. In both cases, though, these strategies can only do so much, and both Brandsema and Hillwood Berries finished their growing season this week. 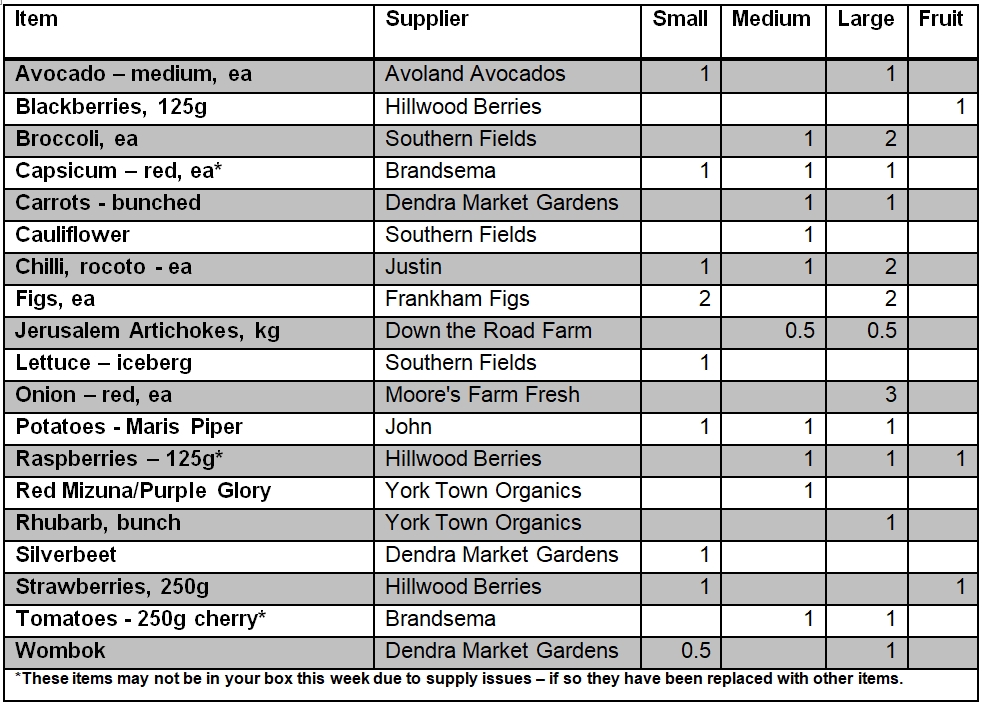