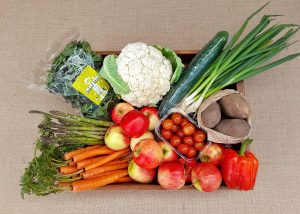 Spring in the plant world is a busy time of growth and reproduction, as plants take advantage of the warming temperatures and longer daylight hours. The first asparagus for the season is a sign that spring has begun – like many plants, soil temperature is very important for asparagus, one of a very few perennial commercial vegetable crops, and it starts shooting out of the ground as soon as soil temperatures get to around 10 degrees. These shoots must be harvested promptly as within a matter of days they will begin to spread into leafy ferns – a good thing for the plant as it enables increased photosynthesis and thus a healthier crown, but it also means tough and inedible shoots.

Our asparagus this week is grown and harvested by Pam at Newry Farm in Longford, just south of Launceston. After a career as a horticulturalist running a rose nursery – in addition to starting the Longford Rose Garden Project and introducing the David Austin rose to Tasmania – Pam isn’t taking retirement lying down. She established a 1 acre asparagus patch at the Longford property that she shares with husband Robert and enormous and very friendly dog Baxter 15 years ago using seed from a small mixed crop farmer in Evandale who had decided to pull his asparagus out. Asparagus requires a lengthy period to establish, but after this period will send up its delicious green shoots every spring in an attempt to reproduce and spread. 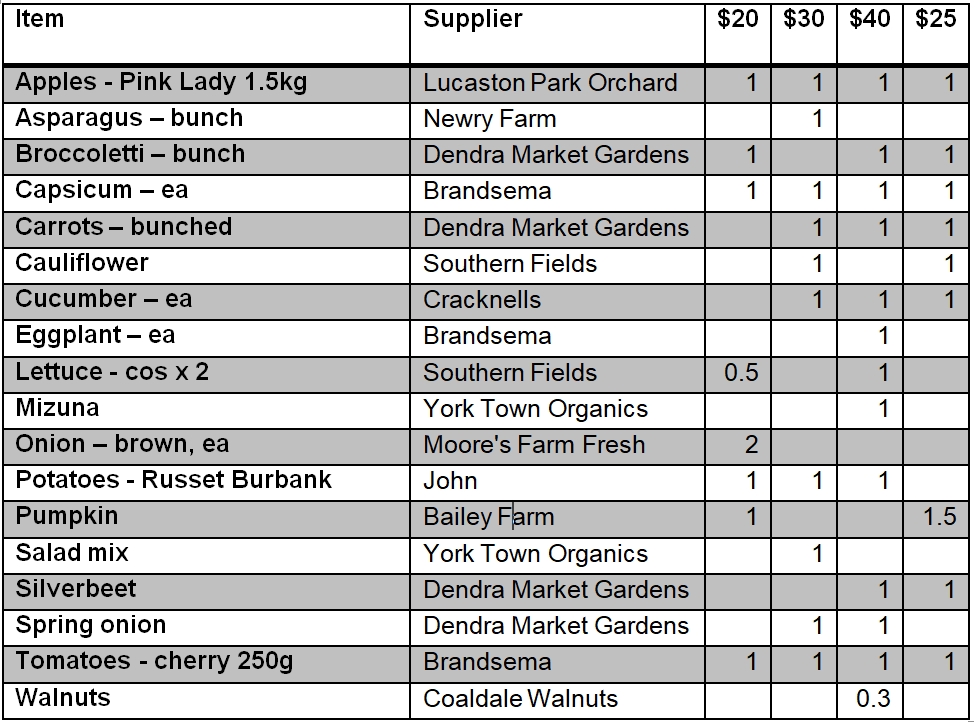