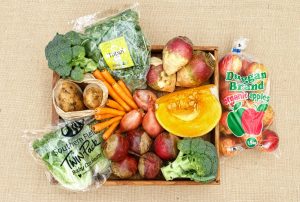 While autumn is a time of abundance, spring is a time of transition. The celery in this week’s $40 boxes will be the last until summer, and stored produce like pumpkin, pears and walnuts will only be around for a month or so before finishing up for the season, and winter crops like Brussels sprouts and cauliflower will finish up for the season – although some growers choose to grow cauliflower during the summer and some during the winter.

Home-grown lemons start filling out and ripening up as the days get longer, and backyard chickens also start to lay again. Spring asparagus and rhubarb are generally ready to eat in October, and the wonders of hydroponic growing mean that cherry tomatoes will actually be in boxes next week, with capsicum and eggplant not far away after that. Strawberries and raspberries though are the reward of the patient, generally beginning harvest in November. 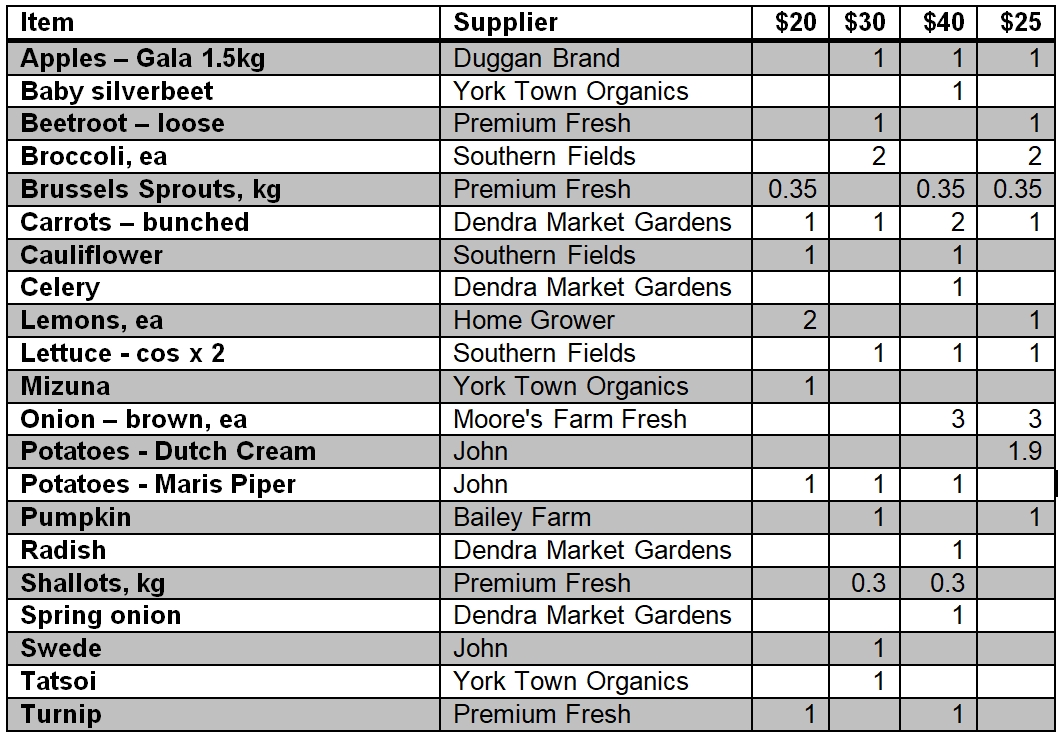