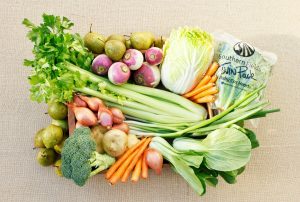 The genus Allium includes hundreds of species of plants, and can tend to be taken for granted until you need to try to make food delicious without them! All forms of onion (brown, red, spring), leeks, shallots, chives and garlic stem from this genus, although in many cases what we might think of as a “stem” is actually just a cluster of layered leaves – the true stem often only makes itself visible during flowering. This week’s boxes feature three different alliums – shallots from Premium Fresh, spring onions and leeks from Dendra Market Gardens.

Brown onions are a major Tasmanian commodity crop and they’re incredibly useful in the kitchen as well as  being one of the cheapest vegetables available to purchase, partly owing to how easy they are to cure for long storage – when ready to harvest, they’re “lifted” and left in the field to dry as you would hay (and like hay, this also means it’s critically important to have dry, warm weather at the time of lifting). Brown onions, however, aren’t the only allium that’s suited to dry storage. Shallots, a milder type of onion that are commonly used both raw and cooked in French cooking especially, and are also common in south-east Asian cuisine, actually clump together in clusters in the same way that garlic does, which is why shallots generally have multiple sections when cut open, making them a bit more challenging to prepare.

Spring onion and leek – unlike their close relative garlic (the “lic” part of the word garlic actually is cognate with the word leek) – are grown for the fresh market, being more suitable for progressive harvest. Spring onions are at their best raw – the tops especially tend to go a bit soggy when cooked – and cooking doesn’t really bring out sweetness the way it does with brown onion. The leek is really two different vegetables – the white part, which is equivalent to the garlic bulb or onion, has a mild flavour with an aroma unique in the allium genus – but the green leaf is far less oniony and is almost cabbage-like in flavour. 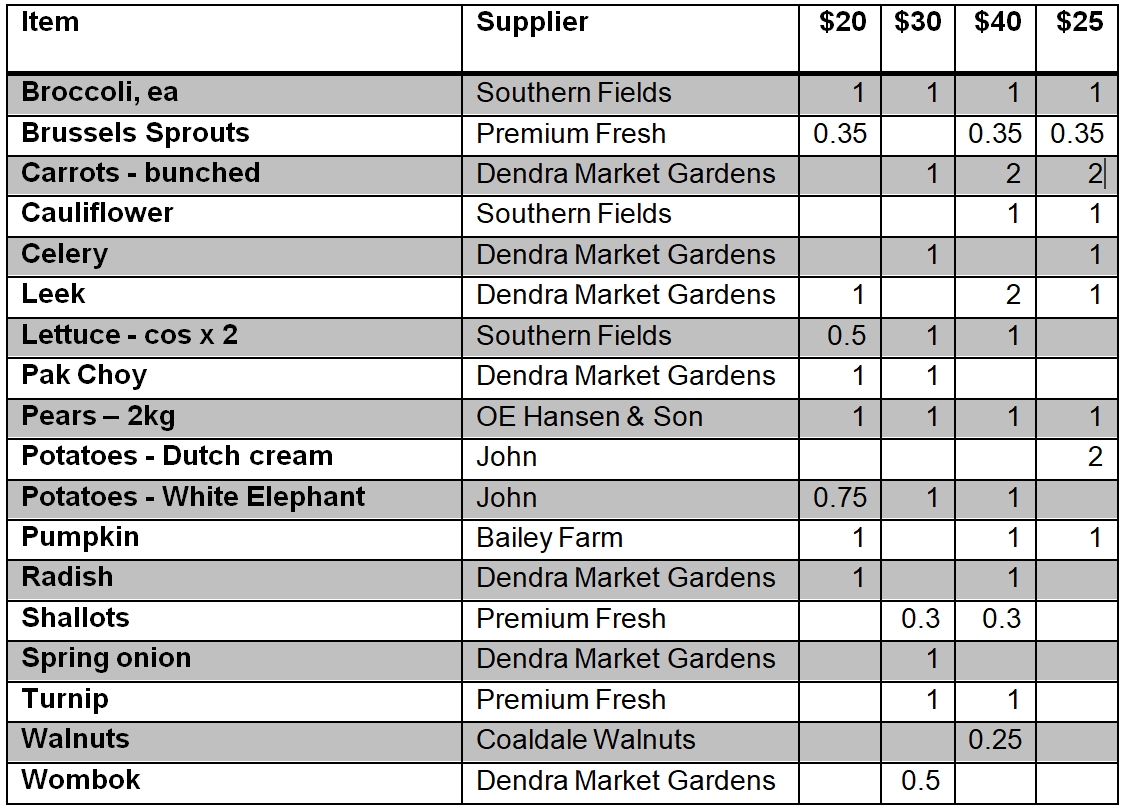