During our break in January we visited four of our growers in the north of Tasmania, and all four are represented in this week’s box! 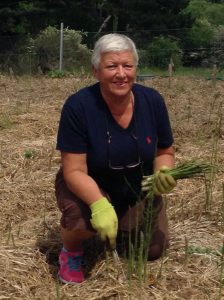 Pam from Newry Farm in Longford is a horticulturalist, and ran a successful rose nursery before taking up growing asparagus fifteen years ago as something of a retirement project, using seed from a very small local grower who had decided to stop. Asparagus requires quite a long period to become established, but Pam – with the assistance of husband Robert and not an insignificant amount of interference from very large dog Baxter – has been supplying asparagus to a range of primarily southern Tasmanian buyers, as well as growing most of her own food. The rhubarb in this week’s box, however, was a less deliberate affair; a central compost patch in the asparagus paddock was great conditions for the rhubarb cuttings that ended up there, leaving a deep red stripe of rhubarb running through the carefully mulched and weeded asparagus plantings.

Moore’s Farm Fresh have been growing vegetables around Scottsdale for decades – both Cameron and father Glenn run and own the thousand acre farm with Tex and about thirty ongoing local employees, most of whom work in the packhouse washing, prepping and packaging the harvest. Most of the vegetables grown – carrots, beetroot, swede, onions, potatoes – are “single-croppers”; some – like carrots and onions – have a distinct season, but beetroot and swede are grown year round in plantings staggered to ensure constant supply. The paddocks are rotated through the various veg, with cows cleaning anything left behind and adding extra fertility to the soil. 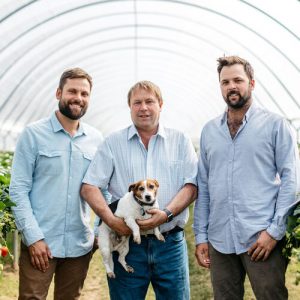 Hillwood Berries – founded by the Dornauf family ten years ago – is one of a new breed of berry farms which have been cropping up over Tasmania, growing a range of berries hydroponically and undercover, mainly for berry giant Driscolls. This style of growing – which for strawberries also has the advantage of making the fruit grow at a much more practical height for picking – requires significant work and outlay to set up, but is arguably much more environmentally friendly, reducing water use and chemical inputs, and with a much lower percentage of unsaleable fruit than traditional open-air methods. Unlike tomato production, the berry tunnels aren’t heated – although Hillwood have come up with a nifty method of extending the growing season for blackberries by refrigerating the plants to effectively prolong what they think is winter. Speaking of winter, our Tasmanian chill is something that most berries require, which is why these farms are becoming so common here – in fact much of the fruit grown is sent interstate as during our peak season it’s actually often too hot to grow berries in the warmer states. Hillwood Berries has around 40 hectares under tunnels just north of Launceston, and employs around 250 pickers at any one time, who actually pick the berries directly into the punnets.

We also made the time to drop in on Bruce and Clare at York Town Organics while we were up in the area, who continue to supply us with delicious greens and hopefully some zucchini soon! 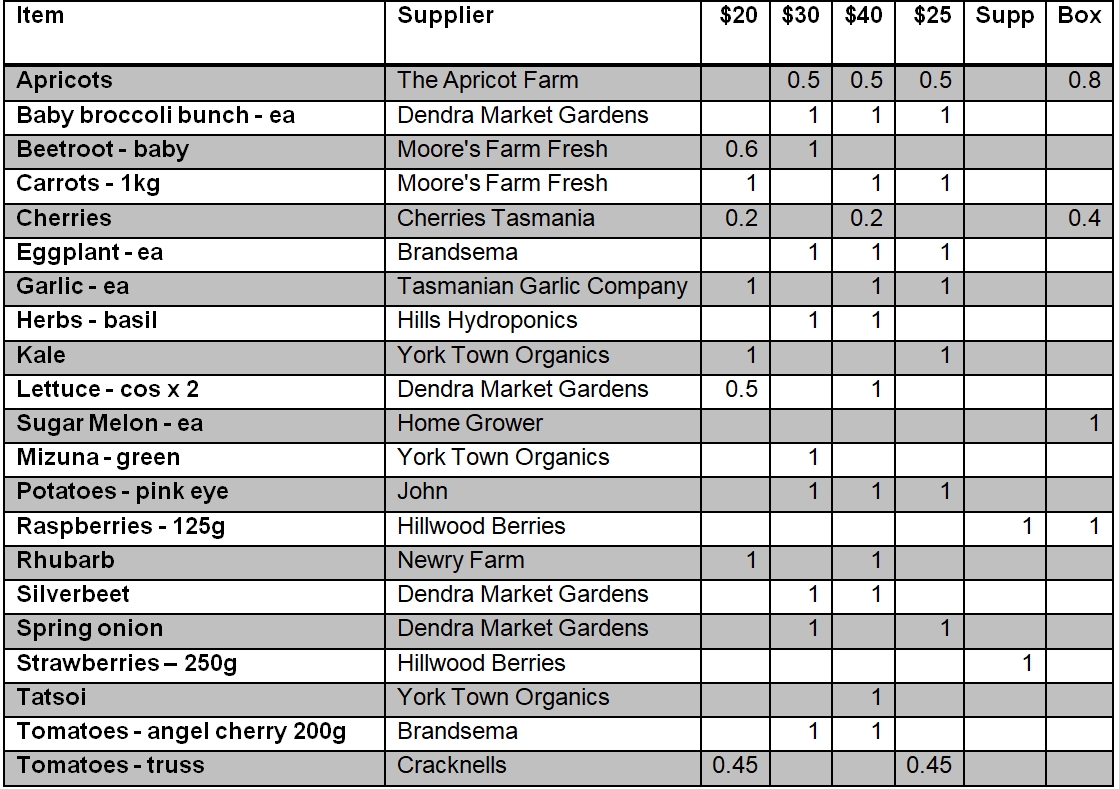