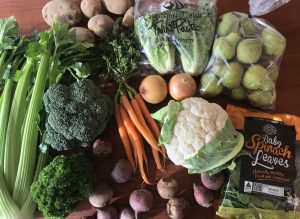 This week’s box includes both cos lettuce hearts from Southern Fields and baby rocket leaves from Houston’s Farm – both from the lettuce family, and grown by two businesses that actually stem from the same human family – the Houstons – too!

Lettuce was originally cultivated by the Ancient Egyptians for the oil in its seeds – lettuce is prone to bolt to seed and the leaves become unpleasantly bitter when this occurs, which is why many lettuce aren’t grown to full maturity by commercial growers. The Egyptians were eating lettuce leaves more than 2000 years before the birth of Christ, but the Romans were probably the first to come up with the idea of serving it with an emulsion of vinegar and oil – more commonly known as vinaigrette. Curiously, however, this was commonly a dressing for cooked lettuce rather than raw lettuce. The three main types of lettuce which we include in our boxes – loose-leaf, headed (e.g. iceberg) and cos (also known as romaine) – can be positively identified in texts dating back to the 15th century.

Lettuce has often been ascribed medicinal properties – many of which pertain to increased or reduced “virility” – but it actually does contain a low level narcotic, which is concentrated in the white liquid that exudes when the central stem of a lettuce is cut. It is also a rich source of Vitamin K, required for the formation of blood-clots.

Lettuce and salads are often considered a summer food, but they’re generally easier to grow and distribute in the middle seasons (autumn, spring) as higher temperatures accelerate seed growth, and leaves will tend to wilt if not kept cold (although cold, wet conditions create a range of other problems too). The latter issue heavily limited the marketability of lettuce as a crop until the introduction of a range of technologies in the 20th century – first and foremost refrigeration, but mechanised harvest, in-field refrigeration, and plastic packaging with a modified balance of atmospheric gases were also critical to the growth in washed and bagged loose-leaf lettuce like the rocket included in this week’s boxes. 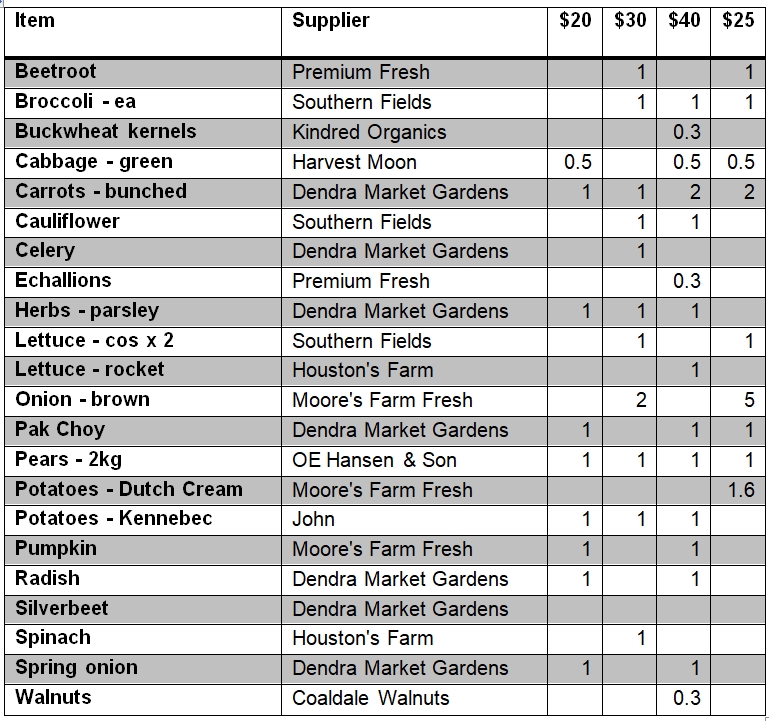