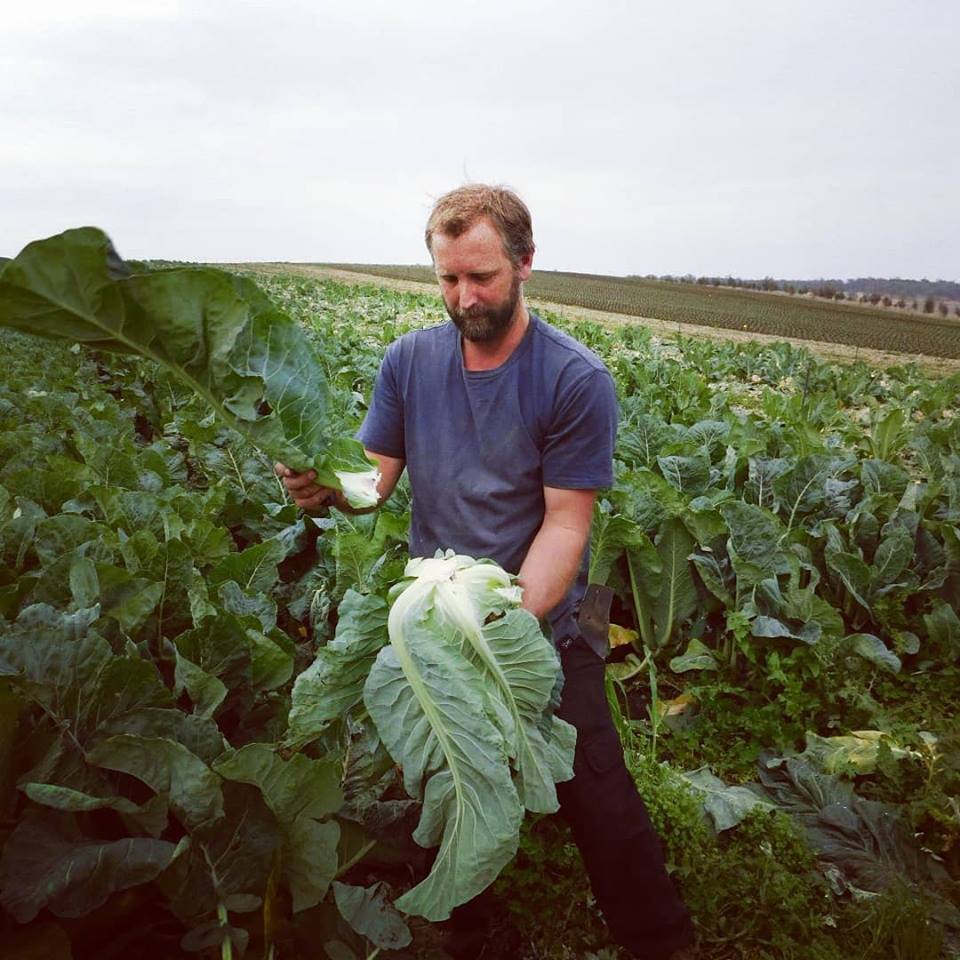 Southern Fields, based in Forcett, are one of a fairly limited number of large-scale vegetable growers in the south of Tasmania – there are fewer pockets of deep fertile topsoil in the south, meaning that fruit or potatoes are more commonly found. (In true Tasmanian fashion, our first contact with Southern Fields’ Ben & Amy Houston was via an unexpected mutual contact – Ben’s brother Hamish was playing bass in a show that I happened to be playing cello in.) Having a local supplier of cauliflower has been a real benefit to our boxes – with less distance to travel and a shorter supply chain than the larger northern consolidated farms, we’re able to access cauliflower so fresh even the leaves are crunchy. Cauliflower season for Southern Fields generally starts in mid Autumn, but this year we’re pretty excited that not only will they be supplying us with cauliflower, but also with broccoli! 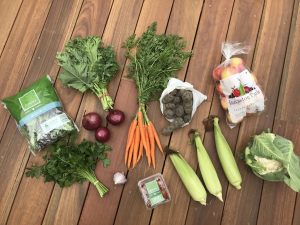 Fruit supplements this week include plums from the Canes in Franklin (the last variety of the season – Howard’s Sun), and fragrant quinces and pretty speckled Corella pears from Lucaston Park. In what’s turned out as a box very much rooted in the south of the state this week, we’re also pleased to have beautiful mixed mushrooms from Cygnet Mushroom Farm in $40 boxes, which are always a treat. 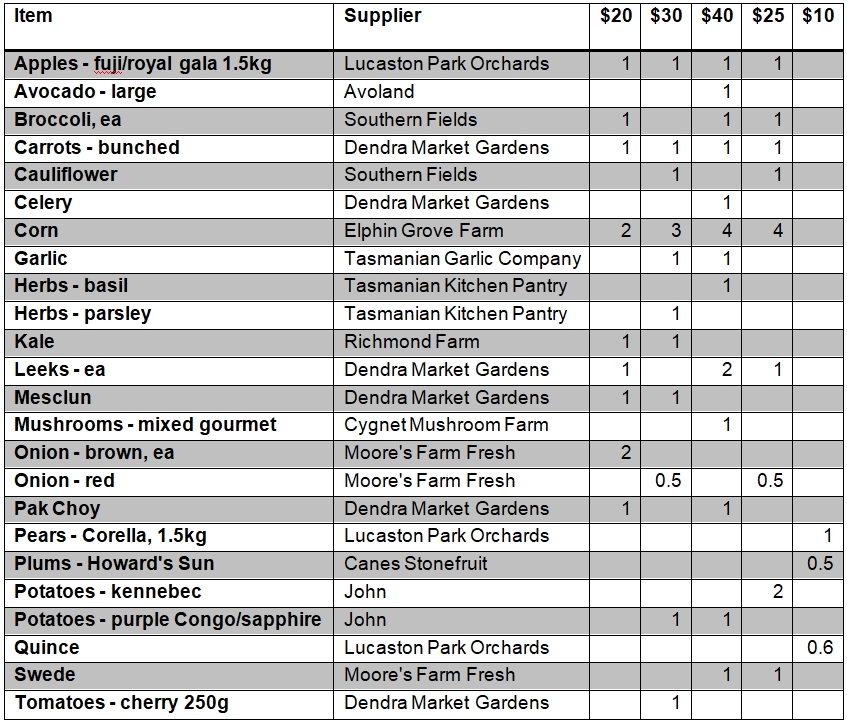