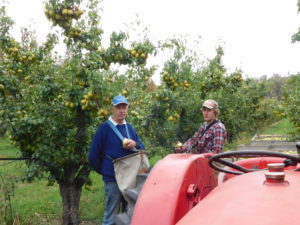 As we move into autumn, the varieties of fruit available start to change. Apples and pears are being picked in orchards across the state now, some for immediate consumption and some for longer storage in controlled conditions. This week’s boxes include Beurre Bosc pears (a variety developed in the nineteenths century in France, hence the descriptive French name meaning “butter”) from OE Hansen & Sons. Just like berries, apples and pears are best stored in the fridge until eating – or if you prefer your fruit to not be cold, leave them out for long enough to reach the desired temperature. Both apple and pears, but especially pears, will lose their crunch when stored in the fruit bowl – although on the plus side, the ethylene gas they naturally produce will ripen other fruit, so if you’re wanting your avocados to hurry up and ripen, storing them at room temperature with a pear or apple will speed things along a little! 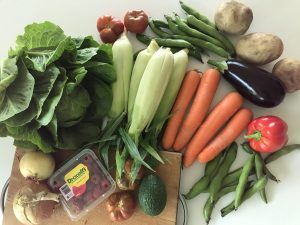 John’s Coliban potatoes included in most boxes this week are similar to a Kennebec, and are good for chipping but are waxy enough to be suitable for a range of other purposes including boiling. John has planted around 30 different varieties of potato this season, so expect plenty of variety in the coming months as they’re all harvested! Potatoes, unlike apples and pears, should not be stored in the fridge; apples and pears actually become riper (sweeter) left at room temperature, whereas the carbohydrate content of potato begins to turn to sugar when kept in the fridge, resulting in a sweeter potato, which won’t be able to do many of the tricks that involve frying and crisping that are the speciality of the potato. Storing potatoes at cold temperatures does prevent sprouting, but a sprouted potato is perfectly safe to eat (just knock the shoots off). If left to its own devices, a potato will basically steal its own nutrients to grow shoots, so if a sprouting potato is soft and wrinkly, it’s not worth eating. 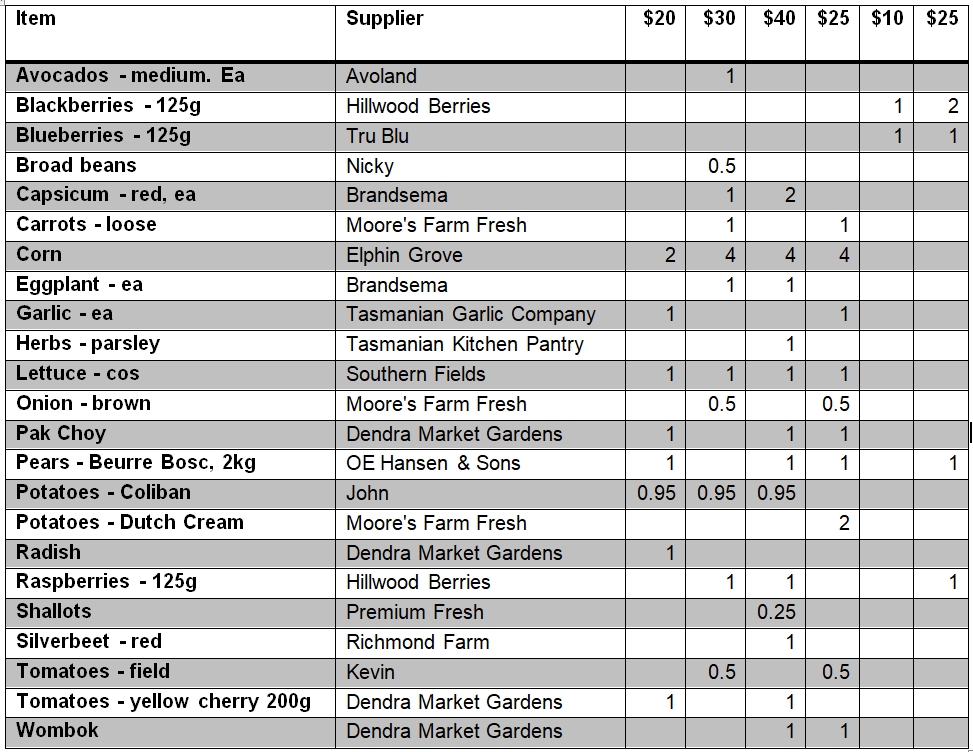