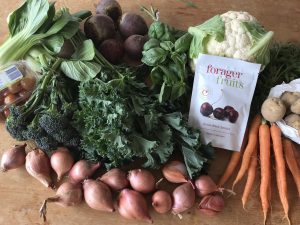 Seasonal eating isn’t just about eating what’s in season – it’s also about preserving what’s in season to eat later when local produce isn’t as abundant. There are many ways of doing this – from “value-adding” methods like jamming, bottling and pickling, to simply keeping fruit or veg in a cold place (which is basically how we can eat apples and pears for over half the year even though they’re all picked in autumn). The Forager Food Company, founded ten years ago and based in Northern Tasmania, use a modern version of an ancient form of preservation – drying – to process a range of local produce, including the Tasmanian cherries that are included in this week’s $30 and $40 boxes. Freeze-drying removes moisture very effectively without adding heat, and as a result makes very little difference to the flavour of the original product, although certainly does make a significant difference to the texture, and to the weight (fruit and veg are mostly water). As we’re now currently the short gap in between the last of the cold-stored pears and the first pick of strawberries from DM Jennings in Cygnet, we’ve included these cherries – applying new technology to an old tradition – in boxes this week.

Speaking of making the most of produce when it’s abundant, Daly Potato Co – who grew the cocktail Nicola potatoes in $40 boxes this week – received the national award for Farmers of the Year this week. The award acknowledges, among other things, the Daly family’s work in making sure that the potatoes that don’t meet the specifications of the supermarkets they grow for are put to good use. To this end, the Dalys have invested in both creating a range of ready to eat potato salads for retail, and also distilling Australia’s first potato vodka! 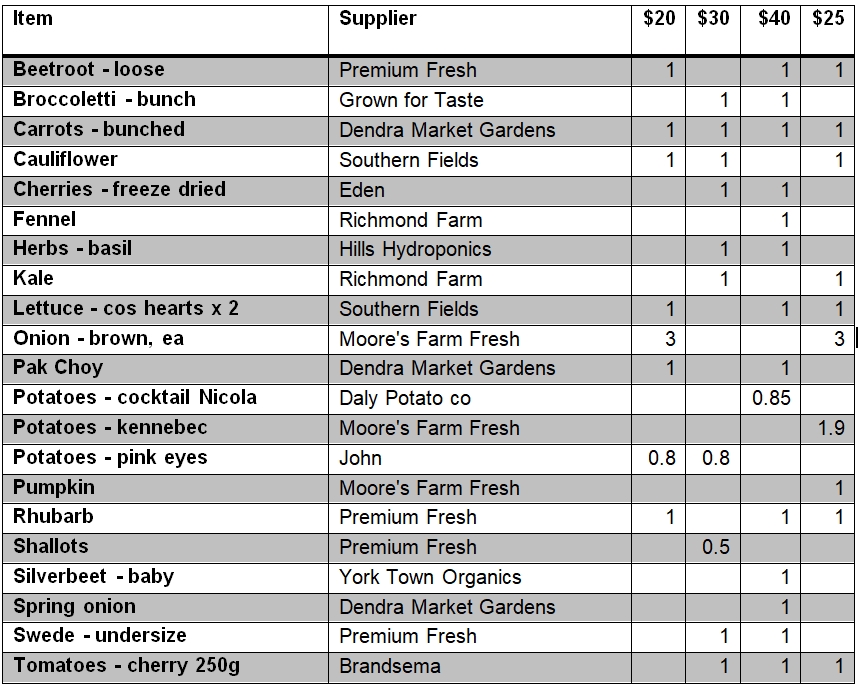