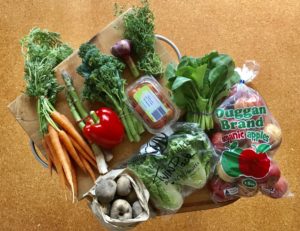 Tomorrow theoretically marks the beginning of summer… no-one told Tasmania, but we are starting to see the beginnings of the fruits of the brief “hot” season as we move into December. This week’s box includes the very first pick of red (i.e. ripe) capsicum from Brandsema – which of course, like tomatoes, are actually a fruit. We’ve also got the first mature garlic for the season in all boxes from the Tasmanian Garlic Company – unlike the fresh garlic included earlier in November, you’ll notice that this week’s garlic has actually formed full cloves within the bulb. (The fibrous matter between the cloves is what eventually dries into the papery skin that you peel off cured garlic).

Grown for Taste’s Broccoletti crop is just starting to kick off – it’s great to finally have enough to go around the $30 boxes (which is often a challenge as we generally pack about 130 of these a week!), and their sugar snap peas are a real treat for the $40 boxes. (Snow peas and podding peas will be relatively plentiful in the coming weeks – fingers crossed – but with a cold end to spring things have been a bit slow to start).

You’ll notice the thyme in this week’s boxes have flowers included – there’s absolutely no reason not to eat the flowers on herbs, and in fact almost all vegetable flowers are edible and broadly speaking taste like the vegetable in question. (Brassica flowers, in particular, are one of my favourite snacks from the garden!) Certain vegetables will deteriorate in quality when they “go to seed”, but this generally only becomes an issue when the process gets a fair way along, when the plant really starts to suck nutrients out of the places it doesn’t need them to be so it can concentrate on the business of reproducing. 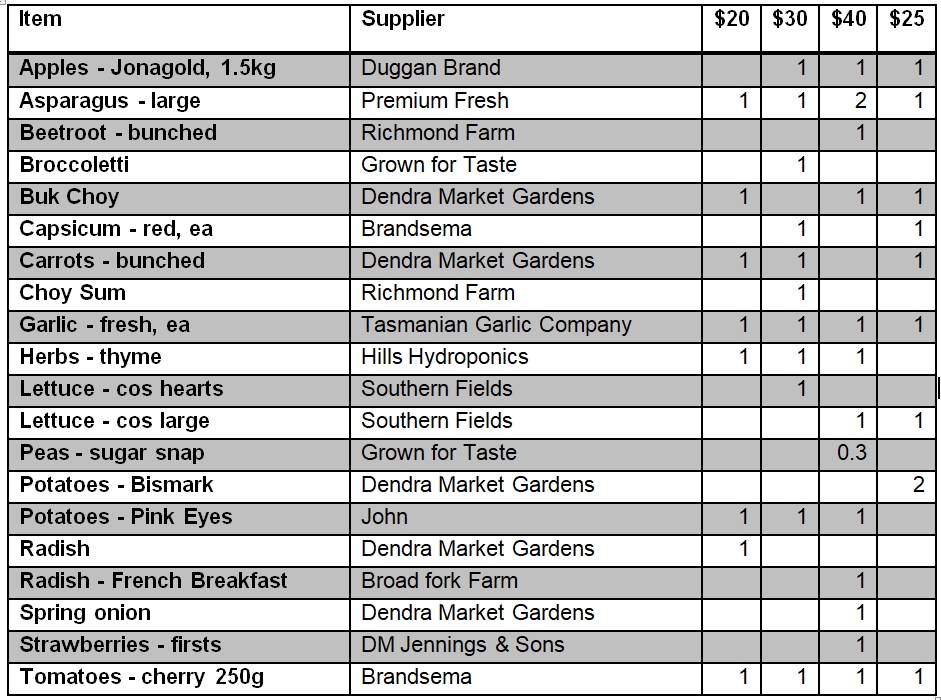