The flush of sauce tomatoes this week sadly represent that the end of the extended hydroponic tomato season is imminent – as the plants start to die, the fruit that ripens on the dying vines doesn’t maintain a firm texture. Saucing tomatoes are considerably more volatile than the premium grade fruit, which amongst other reasons is why they’re such a bargain – if you’ve bought saucing tomatoes this week we’d recommend getting on to processing them tomorrow, and ideally spreading them out in a tray rather than leaving them in the box, picking out any that might be starting to turn. Here at BBHQ, we eschew traditional bottling (which needs to be done with care to avoid the risks associated with botulism toxin) and generally rough chop the tomatoes, removing the stem end and any damaged parts, then roast them at a standard 180c in the oven (this helps evaporate off the water and develops the flavour), before roughly mashing them up and putting them in plastic containers for the freezer. We’ve largely stopped buying tinned tomatoes now, using the frozen tomatoes instead for that umami hit in winter braises. Garlic is a perfect partner of tomatoes, and this week subscribers Bec & Bec from Big River Highland Beef have supplied us with enough garlic from their crop for everyone to have some (except for those who opt not to have it included in their boxes, obviously!) At this stage of the year, garlic is generally starting to want to make new garlic – you’ll probably find that quite a few of the bulbs have green shoots in them. This doesn ’t mean the garlic has gone bad – although if the cloves are soft and browning, or mouldy, that certainly isn’t something you want to eat – and the shoots can be eaten with the rest of the clove. Pretty much every part of a garlic plant is edible – from the bulb containing the commonly eaten cloves, to the shoots, scapes and seed heads – and all tastes of delicious, delicious garlic! One of my favourite things to do with garlic at this time of the year is to roast it – simply put the whole bulb in the oven at about 150c and roast until the cloves are soft. If you slice the top off the whole bulb before roasting, you can simply squeeze the soft, rich roasted garlic out like toothpaste into any dish needing a bit of a flavour boost. 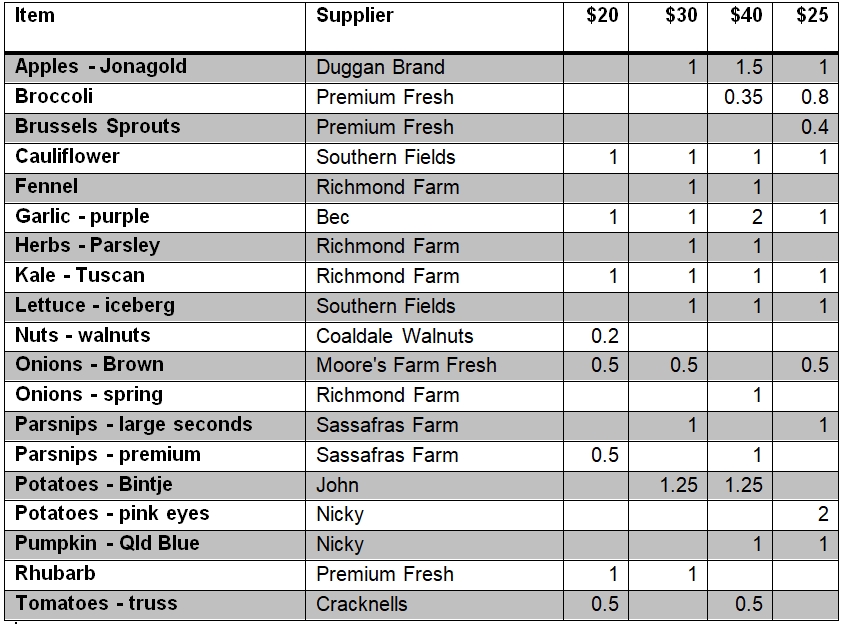