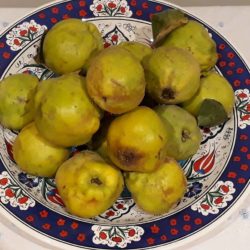 John, our potato grower, loves variety – he boasts of “one of everything” in his home garden, and was very excited when we were able to bring him down a cutting from our fig tree (an offer that may well be beneficial for us in the medium term too if it takes!) He takes a similar approach with potatoes – one of the reasons we love to buy from him is to beat the supermarket tyranny of potatoes coming in two varieties, washed or brushed – and most years he’ll have two or three new varieties that he hasn’t tried growing before. This year for the first time he’s been able to get seed for the classic British roasting spud – the Maris Piper (the one you’ve often heard Jamie Oliver banging on about but have never seen in a shop.) We’re looking forward to trying them to see if they’re as good as our favourite roaster – the King Edward! 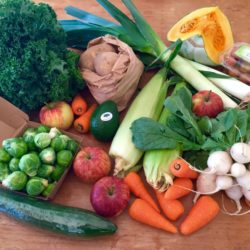 As we move into autumn it’s time to enjoy the overlap of summer and winter – this week’s box includes corn (which should last for a few more weeks), cherry tomatoes, broad beans and the last of the Tassie avocados for the season, but also includes the beginnings of “winter” produce like Brussels sprouts, celeriac and leeks. We’ve also included fragrant quince from two home-growers in the $40 boxes (warning: don’t eat it raw…), ruby red rhubarb and delicious organic apples from the Duggans – perfect for crimble crumble after a delicious seasonal roast with crispy Maris Pipers and steamed sprouts and whole Chantenays! 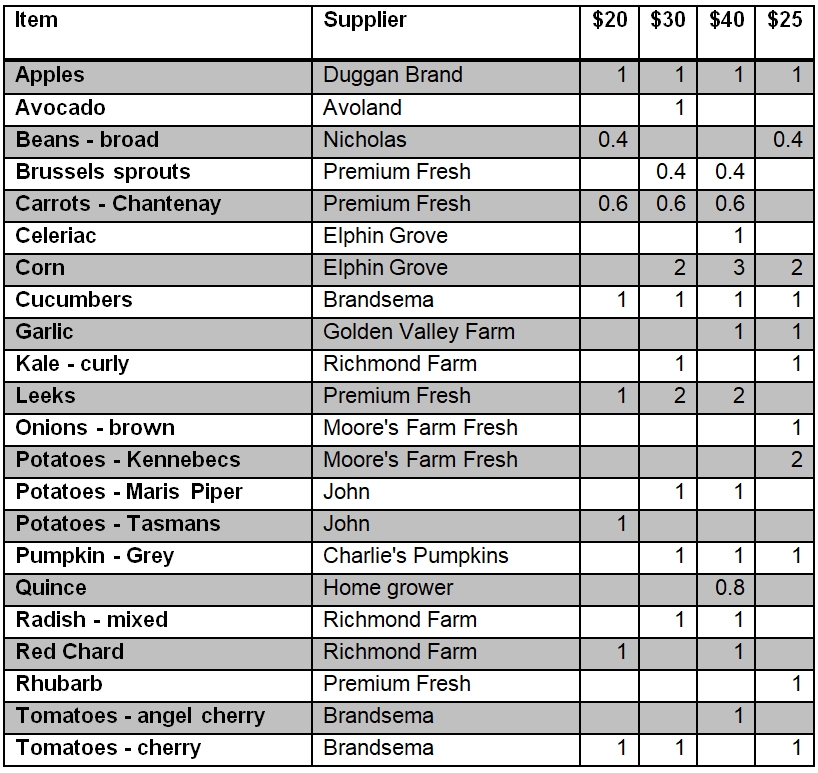