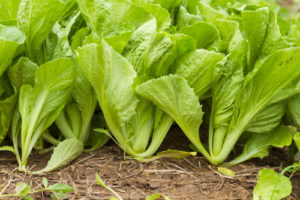 This week’s box includes a leafy green which we rarely get our hands on, but is not only good to eat but good for the soil too! Richmond Farm have supplied us with 180 bunches of delicious mustard greens – which are widely used in Indian, African and Asian cooking, and will retain a strong peppery flavour if eaten raw, but become much milder with cooking. Coincidentally, when I went to visit John’s Lymington farm this Wednesday to pick up this week’s potatoes and garlic, he had just planted a paddock of mustard greens himself, but for a very different reason – not only do mustard greens form an effective natural barrier against weeds on a fallow paddock, they also effectively fumigate the soil, the naturally pungent ingredient that makes them taste “mustardy” actually killing many soil-borne pathogens that can degrade the quality of crops grown for harvest. Speaking of potatoes, I’m very much looking forward to cooking up this week’s kipflers – apparently the potato of choice in the far north of Australia, the name comes from the Austrian word for croissant (which they look a bit like in shape and colour), and they make both an excellent salad and roasting potato, the latter best done in halves or wedges. 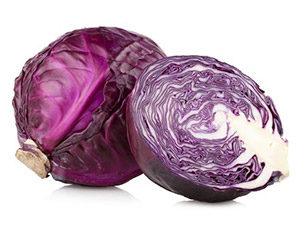 Local cabbage has been in short supply for about a month, but we’re pleased that we’ve been able to get hold of red cabbage from Harvest Moon for this week’s box – I’m a big fan of red cabbage slaw, especially with a nice crisp pear like this week’s spring dew from O & E Hansen and Sons, and it’s also great as a stir-fry ingredient, maybe teamed up with the mustard greens! Matt Cracknell has let us know that next week will be the last time we’ll have Tassie tomatoes til mid-spring, so savour this week’s – despite things slowing down for the winter we’ve also been able to put together a cracking organic box with specialty mushrooms, artichokes, Dutch Cream potatoes and lovely Broccolini bunches from Scrubby Hill to name a few highlights. As advertised, we’ll only offer the organic boxes on a week by week basis for July as availability of suitable produce is become increasingly slim, but our regular and budget boxes should still have plenty of variety of local produce for a month or two yet. 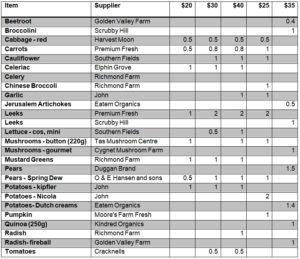