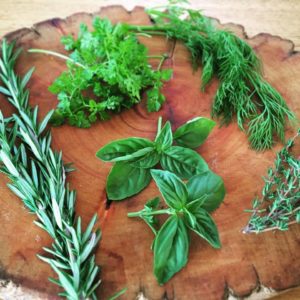 When Hills Hydroponics let us know that they had unlimited supply of dill available for this week I jumped at the chance – Dill was once believed to cure all manner of ailments, including jaundice, boils and liver problems (sounds good for me!) and ancient Greek athletes use to rub dill essence on themselves as a muscle toner, but for me the deliciously refreshing aniseedy flavour is quite enough! Dill and fish are famously good friends, but it also works well in potato salads (which this week’s waxy Nicolas, Bintjes and Pink Eyes are idea for), and it’s also a great foil for the earthiness of beetroot. York Town Organics have also supplied outdoor Dill for the organic boxes, and Longley Organic Farm had so many spring onions we were able to spread them right across into the $20 and $25 boxes too! 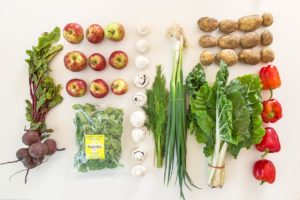 Speaking of Longley, last week James took me over to the potato paddock to have a sneak-peak at the crop (poking his arm in and under mounds of dirt in what we both agreed was a vegan equivalent of what vets do to pregnant cows), and this week the stork has delivered a healthy, bouncing baby crop of potatoes – it’s been a long time since we’ve been able to include potatoes in our organic boxes, but the paddock James & Hermoine put in for us should provide for a few months worth of a few varieties of delicious, certified organic potatoes! 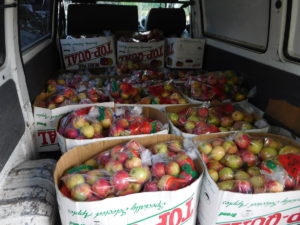 Following on with the organic theme, Mark Duggan brought up the first pick of their new season certified organic Gravenstein Apples this week, and they’re as good as ever – sweetness, acidity and crunch! Fruit supplements this week include a lucky dip of three varieties of nectarines fresh from the Canes in Franklin, and some very tasty raspberries from Berries & Cherries Tasmania in Dromedary – it might be “autumn” but there’s still plenty of delicious fruit around. 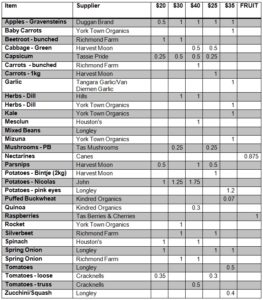