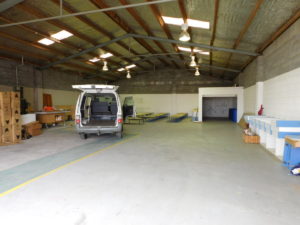 This week sees a silent milestone for us – between last Friday and this Wednesday we moved warehouses. With Mr BB busy auditioning applicants for the Tasmanian Youth Orchestra all weekend, Pops BB and friend did the hard yards of moving all the packing benches and other assorted furnishings, and Monday-Wednesday, juggling around the usual weekly commitments of putting the week’s boxes together, Mr BB moved all the empty boxes, cleared out all the last of the rubbish and recycling and a few pallets and bins, moved out the old fridge and generally got the space ready to go. Not everything’s quite done yet, but it’s certainly a significant leap forward, and it’s opening up lots of
possibilities for 2017!

We try to work with the needs of our smaller growers; this week we received a message from George & Hilary from Grown for 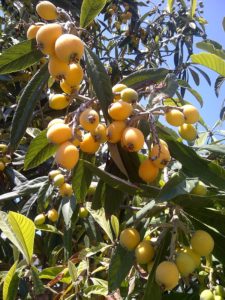 Taste that they had salad growing in abundance and could supply us with around 200 of George’s special salad mix – and we couldn’t say no to that! Mr BB had a chat with Alex from Golden Valley Farm on Wednesday when helping him pick the broad beans for this week’s organic boxes, and from that we’ve organised another 100kg of broad beans from a couple of very healthy paddocks of beans for next week. And when Judy approached Mrs BB at the Bellerive Community Farmers’ Market last Saturday (we’ll be there this Saturday too, with produce and preserves, come and say hi!) to offer us some loquats, we made plans to put them in this week’s organic boxes too!

Loquats, native to the cooler parts of China, were once quite popular in Australia, but for some reason fell out of favour; they’re a bit like a plum, but unlike the plum have a collection of large, tessellating seeds. The membrane around the seeds isn’t particularly good eating, nor is the skin, but the layer in between these is deliciously sweet and lightly fragrant.

Here’s the full run down of what’s in this week’s boxes. 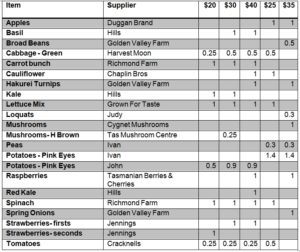 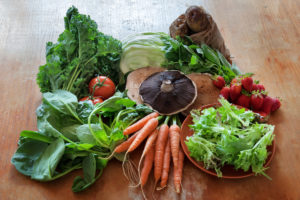